Last week, I went up to Har HaBayit (the Temple Mount).[1] I’ve been there a number of times before, but this time was different. In the past, I have gone to the Mount as part of an organized group of religious Jews led by a rabbi. This time, I was there as part of the course I’m taking to get my tour guide license. My classmates are mainly secular Jews, and there are some non-Jews in the class as well. I was the only rabbi with us.

In some ways this experience was even more uplifting and inspiring than my previous visits, and in other ways, it was even more infuriating and humiliating. Let me explain.


Security on the Mount is provided by armed Israeli police and unarmed officials of the Moslem wakf (religious trust), like this guy:

The policy of the Israeli government and police is to allow Jews to visit the Mount, but not to pray there, since that would apparently offend the Moslems. But for some reason, while the police vigorously enforce these prohibitions, they allow deliberate provocations from the other side. For example, groups of Arab women are bussed in to Jerusalem every day, just to follow Jews around the Temple Mount, shout loudly at them and taunt them (rumor has it they are paid a salary for their services). See this video for an example.

In previous visits I have gotten used to this intolerable situation. But this time, going “incognito” with a group not identified as religious, I was left more or less alone. Going up as a tour guide and not as a religious Jew also gave me the opportunity to enter a few places I otherwise would not have been able to, mainly the underground chambers from the time of the Second Bet HaMikdash known (inaccurately) as “Solomon’s Stables.” That was really amazing.

So why do I say that my visit was also infuriating and humiliating?

In order to avoid offending the sensibilities of the Moslems, we were told in advance that we would not be allowed to display any outward Jewish symbols such as a kippa or tzitzit. These would need to be concealed. This bothered me greatly – do I really have to hide my Jewishness here, in the heart of Jerusalem??

But then it got worse. At one point the police told us we would need to remove our hats altogether and walk bare-headed. I explained that I didn’t want to do that; I always keep my head covered for religious reasons, it was a hat and not a kippah, and all the tourists on the Mount were also wearing hats (it was raining). But I was told that this is the rule and if I did not comply, I would have to leave the Mount immediately.

I couldn’t believe what I was hearing – I have never received a demand like that from a policeman, anywhere in any country (to the contrary; wherever I go, the police protect my rights). Was an Israeli policeman actually demanding that I remove my head covering??? Here, of all places??? I had to make a split-second decision: comply with the demand, or be expelled from the Temple Mount. I’m not sure if I did the right thing or not…but I complied.

A few minutes later, with my hat back on and in a better mood, I experienced an even more exhilarating aspect of the visit. On two separate occasions I needed to wait for my group (for example while they were in the areas that halacha prohibits entering). According to Jewish law, one is not allowed to engage in frivolity or idle chatter on the Har HaBayit, so those waiting times gave me the opportunity to observe the mitzva of mora mikdash – reverence of the holy site.

Although I am strongly opposed to them, I was careful to abide by the rules that prohibit Jews from praying out loud. So I simply stood still, staring at the Dome of the Rock (where the Holy of Holies is) and contemplated the awe-inspiring significance of the place. Even though I did not pray out loud and I made sure to follow the rules that my lips not be seen moving, I did manage to recite Psalm 24 to myself about five or six times. With a religious group, the police generally keep the group moving, so there is no time for that.

But then, a wakf guard noticed me standing there, absorbed in my thoughts and swaying softly. He immediately approached and told me that praying was forbidden. I responded that I was not praying; just standing there. He insisted that I stand in a different pose in order to make it clear that I am not praying. An Israeli policeman then asked me to sit down so that nobody would think I was praying.

Since descending from the Mount, the conflicted emotions of soaring spiritual inspiration combined with pain, humiliation and deep sadness have gotten me thinking. I have drawn three conclusions from this experience:

1) In spite of the indignities, we must be very grateful for the fact that we have the right and ability to visit this holiest of places in accordance with the demands of halacha and in safety and security.

2) The humiliation I felt at the hands of the authorities was once commonplace for Jews. Thankfully I have almost never experienced anything like that – certainly not here in Israel but not in any other country either. The experience was, therefore, a helpful reminder that the Redemption is still not complete. It highlights the paradox that although the city of Jerusalem has been rebuilt in the most splendid of ways, its most important part remains in ruins. I felt the churban very clearly there.

3) It is unconscionable that the Israeli government allows this type of disgrace to go on. We must use every legal means to pressure them to change this policy and allow Jews to pray openly and securely. If Moslems object and attempt to interfere, it is they who must be removed from the Mount.

But we must understand that the reason this is happening is that most of the Jewish people doesn’t understand the significance of this place. Imagine if the government wanted to restrict Jewish prayer at the Kotel. Any government that even attempted such a thing would be brought down within minutes, because the Israeli people would not stand for that. The humiliation at the Temple Mount will similarly end when the Jewish People are reconnected with it.

Thus, the solution to this injustice, like so many other things, comes down to the need to encourage more and deeper Jewish education. We must redouble our efforts to teach more Torah to more Jews everywhere. Ultimately that is what will lead to our Redemption.

[1]The halachic questions regarding entering the Har HaBayit should be the subject of a separate article. For now, I will say that many rabbis hold that it is prohibited at the present time to enter the Mount at all. However, I obviously follow a different opinion, also supported by many authorities, that allows it provided one immerses in a mikveh first and observes various restrictions regarding the areas of the mountain that are permissible, and regarding appropriate conduct on the Mount. 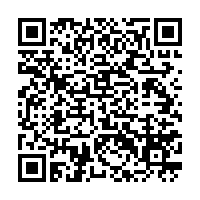