Donald Trump said “profiling prevents crime.” His comment, made after the San Bernardino terror attack, was directed against Muslims, but the truth is reality is much more complex. Profiling is something we all do in one form or another.

I’ve been profiled. The first time was 40 years ago. I was at Ben Gurion Airport and suddenly was surrounded by security guards, guns pointed at me. I was ushered into a room and fingerprinted before being released, barely in time to catch my flight.


I found out later that I was about the same height and build as Carlos the Jackal, the infamous terrorist, and as a cautionary measure I was given the evil suspect treatment. It would happen so many other times, especially when I traveled internationally, that it became quite the joke in the family.

My children did not believe the stories until the first Gulf War when we were all traveling by plane to Florida. A police officer followed us wherever we went in the terminal – even to the bathroom. I never complained. Perhaps I should have.

But short of the humor in knowing I was on some security watch list, I always viewed vigilance as a healthy way to promote security. Nor did I see it as a waste of security resources. Just the reverse. If they were watching me, I thought, they surely must be monitoring people who really merited it.

Being profiled at airports is one thing. Being profiled while driving is another. A colleague was stopped by a police officer on his way to work. The officer pulled him over and began to write a citation, allegedly for speeding.

The man said to the officer, “This is reverse discrimination. I was passed by three others. They were going faster than me and you did not pull them over. Is it because I’m a white man? That makes me an easy mark, I guess.”

The officer was likely profiling him but let him go without a ticket.

I cannot possibly know the thought process of that policeman, and there were other factors, including the MD license plates on my colleague’s car, that may have contributed to the turn of events.

I also do not know if my colleague was indeed speeding, though he is generally a very cautious person. I admire his intellect, though, and how quickly he assessed the situation with the cop.

His experience came flooding back when I was pulled over by a policeman for allegedly speeding while driving through a school zone. I had been monitoring my speed and knew I was not more than two miles per hour above the speed limit. Several cars had just zipped past me, but I and another driver behind me driving at the same speed were pulled over.

I noticed that both I and that other driver were driving newer model vehicles. The cars that sped past and were not stopped were older and tricked out with either rally stripes or flame decals. I tried my friend’s reverse discrimination line on the officer. It did not work; in fact, it seemed to incense him. He wrote the ticket. I decided to fight it in court. I was able to plead it down but still had to pay a fine.

I had been profiled not in a manner that aided safety and security but in a grossly unjustified use of authority. I was profiled for being a white middle-class professional driving a nice car, someone who was expected to just take it. I was therefore an easier target.

Despite the annoyance, I accept that this probably will continue to happen. Like it or not, we are all profilers who profile others. It is part of our basic makeup. While it is possible to reduce bias and hatred and educate one another to be more accepting of those who are different, we can never eliminate deeply ingrained human beliefs. But we can control them.

Once we acknowledge these attitudes, we need to address their reality. Tribalism need not impede social progress. So, yes, it’s annoying; but if you must profile me, then let’s get it over with and move on. You’ll see I’m a nice guy. I wish everyone could say that. 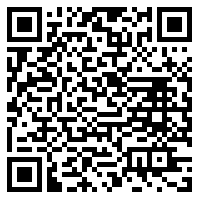