Following The New York Times’s tortured search for the reasons behind the “anger” that causes Palestinian violence is like watching an episode of “Finding Bigfoot.” Tantalizing hints, frustrating glimpses – but the solution to the mystery always seems to be just out of reach.

No matter how hard the Times tries, it can never quite find the elusive answer to the question of why Palestinians keep murdering Jews.


But just like those intrepid Bigfoot hunters, the Times won’t give up the search. It could be a reality show: “Finding Palestinian Anger.” But it might grow tiresome pretty soon because of its utter predictability: every possible answer the Times comes up with involves pointing an accusing finger at Israel.

The latest offering: a huge January 20 article, occupying almost an entire page, headlined “Anger in a Palestinian Town feeds a Cycle of Violence.” Correspondent Steven Erlanger believes he has uncovered an explosive clue: no less than 12 of the “young Palestinians killed over three months” all came from the same town, Sa’ir.

Erlanger offers details about the deaths of five of those twelve.

One was Dania Ersheid, age 17. Yes, she was killed by Israelis – after she pulled out a knife and was about to stab Israelis to death in nearby Hebron. Here Erlanger offers Times readers a first glimpse of that “Palestinian anger”: Miss Ersheid’s cousin, 22-year-old Raed Jaradat, “wrote an angry post on Facebook about her death: ‘Imagine if this were your sister!’ ”

Well, no, I can’t imagine that – in fact most normal people can’t imagine that because our sisters don’t try to stab people to death. But Raed was so “angry” about Israelis shooting back at his knife-wielding cousin that he decided to follow in her footsteps: he went to a nearby Israeli security checkpoint, “where he stabbed and seriously wounded a soldier before being shot to death himself.”

“Hours later” – Erlanger implies a connection between Raed’s death and what he is about to describe – another cousin of Raed’s, 19-year-old Iyad Jaradat, “was killed at an angry demonstration at Beit Anoun, hit in the head by a rubber-coated steel bullet.”

What Erlanger calls an “angry demonstration” is a euphemism for a mob of Arabs hurling deadly firebombs and bricks at any Jew within range.

So far, then, we have three Palestinians who were killed trying to commit murder, two of them acting out of “anger” that Israelis had defended themselves instead of allowing themselves to be murdered. The chutzpah of those Jews!

But there’s more. Erlanger describes a recent funeral for another local fatality: Moyyad Jabarin, 19, who was “killed at the Beit Anoun checkpoint after trying to stab a soldier.” The Times reporter then quotes Sakit Jaradat, father of the aforementioned Raed, saying that his son and the others were angry because “they have lost hope and dignity, they are humiliated at the checkpoints, and now we are afraid.” Erlanger notes that Palestinian leaders see “the young dead as martyrs to the cause of Palestinian resistance to Israel’s occupation of the West Bank.”

Erlanger, of course, does not question Jaradat’s claims, so that leaves it to us to note the incongruities:

They have “lost hope”? But Raed was “an accounting student from a well-to-do family” (as Erlanger notes in passing). And Jabarin was a gainfully employed plumber. They were not impoverished, desperate, unemployed men driven by their poverty to commit murder. Their futures were entirely hopeful – if they had opted to lead normal lives.

“We are afraid”? Afraid of what – being shot while trying to murder Israelis? Well, here’s a radical idea: stop committing murder, and you won’t have anything to be afraid of.

Sorry, but those explanations just don’t cut it. So long as The New York Times keeps promoting the myths of Palestinian “hopelessness,” “humiliation,” “fear,” and “occupation,” the search for the real cause of Palestinian anger will continue forever.

The way to bring this unwelcome reality show to a quick and deserving end is to face the simple truth: They murder Jews not because of anything the Jews do, but simply because – spoiler alert! – they hate Jews. 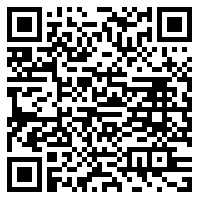