Things continue to go downhill in the diplomatic world of U.S.-Israel relations. This week the U.S. State Department re-issued a nearly 20 year old regulation – written at a very different time, under very different circumstances – and insists it will “strictly enforce” this ancient rule which requires any goods produced in the disputed territories be designated as place of origin other than “Israel.”

This old-new restriction came up in one of the most unlikely of places, the Cargo Systems Messaging Service, which is part of U.S. Customs and Border Protection.


The very short introduction explains that the message was issued in order to “provide guidance to the trade community regarding the country of origin marking requirements for goods that are manufacture in the West Bank.”

This latest message from the Cargo Messaging Service was issued literally in the dead of night – 12:53 a.m. on Saturday, Jan. 23. Hmmm.

And the “requirements” to which that message is referring, are ones that require labeling of goods produced in the disputed territories, or as the U.S. likes to call them – despite chastising Israel constantly for “creating facts on the ground” – the West Bank and Gaza but not Israel.

Although the labeling requirements are the very same ones recently at issue when the European Union forbade goods produced in the disputed territories to have Israel as an option and only permit labels such as “Gaza,” “Gaza/West Bank” or “West Bank,” the reason for the 20 year old U.S. regulation has a very different origin.

The U.S. requirements were imposed in the wake of the infamous Oslo Accords – those withered on the vine principles recently rejected in a public statement to the United Nations by acting Palestinian Authority leader Mahmoud Abbas.

The Accords are referred to in the U.S. Regulations by its formal name, the “Israel-PLO-Declaration of Principles on Interim Self-Government Arrangements.” Yeah, that long-dead horse.

And the original, and therefore controlling reason why the U.S. source labeling rule came into play had nothing to do with promoting a boycott of Israel, or even, as some now claim, a “truth in advertising” initiative.

The situation that was understood to need correction back in the 1990’s had to do with fair trade agreements. The U.S. and Israel had such an agreement, but the U.S. could not have an FTA with Gaza or with the now-Palestinian Authority controlled area in the “West Bank” (Judea and Samaria).

In the wake of the Oslo Accords, when peace was threatening to break out all over, the U.S. decided it also made sense to create an FTA between the U.S. and the Palestinian Arab government. And that was an additional impetus for creating new labels for items produced by Palestinian Arabs in Gaza or in the “West Bank.”

During Thursday’s daily press briefing, Deputy State Department Spokeperson Mark C. Toner assured journalists the matter was “simply a restatement of previous requirements” which “in no way supersedes prior rulings or regulations, nor does it impose additional requirements with respect to merchandise imported from the West Bank, Gaza Strip, or Israel.”

Toner emphasized, with respect to the resistance of the old requirements: “there’s nothing new. This is simply a reissuance of guidance.”

The basis for the original regulation – the one everyone insists is all that is in play – was the Oslo Accords and the creation of a new state – one that remains stillborn – and the wrongly anticipated unification of Gaza and the Palestinian Arab governing force in the “West Bank.” Those bases were weak back in 1997, but they are now long-decayed legs upon which to place this labeling requirement.

If that is all true, the new-old regulations should remain null and void. 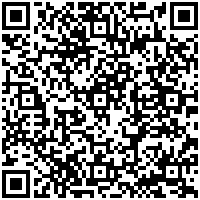