There was a burning question at the back of my mind when two highly successful Israeli Arabs came to London today to tell a crowd of 100 people at the P21 Gallery how oppressive Israel is towards its Arab citizens which make up 20% of Israel’s population.

For one hour I sat listening to Israeli Arab MK Dr. Yousef T. Jabareen tell us how Israel “treats its indigenous people as second and third class citizens” and how “Israeli law is similar to the racial classification during racial apartheid in America” and how Israel is “a Jewish state for its Arab citizens but a democracy only for its Jewish citizens”.

He told us how there’s a big difference in the education, welfare and infrastructure budgets between Israeli Jews and Israeli Arabs. Nine to one, apparently.

I listened to Liberal Democrat Baroness Hussein-Ece OBE, who was chairing the event, complain that “a country that claims to be a democracy deprives people of freedom of speech”.

While Dr. Durgham Saif said “Israel is a fine democracy, but only for Jews” and how “Israel appropriates Palestinian land and Judaises it by transferring it to Jews” and that “We are the Indians of America”.

Then Malia Bouattia,the Black Students’ Officer of the National Union of Students, compared Israel’s apparent oppressive treatment of its Arab citizens to the UK’ “targeting of Muslims and pro-Palestine activists”. She claimed that “UK Muslims find their democratic freedoms are comprehensively stripped”.

And she seriously thinks that in this country “discussion about Palestine is all but illegitimate” which she blamed on “the Zionist and Neocon lobbies”.

Ben “I do not consider myself an anti-Semite, yet I can also understand why some are” White was the final speaker. He referred to Israel as the “so-called Jewish state” before calling for Israel to become a “state of all it citizens, not a Jewish state”.

So with two minutes left I rose and spoke. I just about managed to ask Dr. Yousef T. Jabareen how could he accuse Israel of oppressing its Arab citizens, of being undemocratic and of so underfunding the Israeli Arab education system when he himself was a Member of Parliament, a lecturer at the University of Haifa and Tel-Hai Academic College, had studied in Washington and was now here in London verbally attacking Israel?

I received such loud boos, hisses and abuse as I stood there that I swiftly took my seat. Needless to say I would have asked the same of Dr Durgham Saif, Professor at Al-Quds University in Abu-Dis, who also studied and lectured in Washington and who is a member of the Israeli Bar Association.

But by then I had already been shouted at by the Baroness for “disrespecting the meeting”.

In fairness to Dr Jabareen he listened to my question and answered, albeit unsatisfactorily. He simply complained that he was not allowed to visit the Al Aqsa Mosque and that many Israeli Arab leaders were banned from leaving Israel.

Meanwhile P21 itself is quickly becoming a hub of hate with constant anti-Israel lectures to the wider public. During the Q&A a young Romanian woman said she loved Jewish culture but not what Israel was doing to the Palestinians and she asked what she could do to help. Malia Bouattia said she should join the BDS movement.

One audience member did ask why we don’t hear from the other side to which Ben White, laughably, responded that Israel’s message is dominant in the media so there is no need to have any balance at events like today’s.

In 20 years time the lunatics in these audiences lapping up this extreme anti-Israel propaganda will have taken over the asylum so I just don’t understand why our supposed Jewish leadership organisations (JLC, BICOM, ZF, Board of Deputies etc.) are abdicating all responsibility where these horrendous events are concerned. 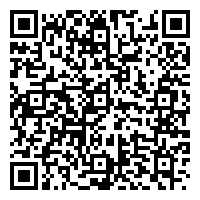