The Hamas terrorist organization confirmed in a statement late Sunday the terrorist who shot three Israeli soldiers at an IDF checkpoint near Beit El was a Palestinian Authority police officer.

According to the Bethlehem-based Ma’an news outlet, Amjad Jaser Sukkari, 34, was a Staff Sergeant from Shechem (Nablus). His body was returned by Israel to the Palestinian Authority security forces several hours after the incident and was buried the same day.


The attacker drove up from Ramallah to an IDF checkpoint next to the Jewish community of Beit El on Sunday afternoon, got out of his car with a handgun and shot three Israeli soldiers at point-blank range. Two were seriously wounded and a third less severely so. Other soldiers immediately returned fire and killed the terrorist on site.

He deemed the shooting a “natural response to the Israeli field executions of Palestinians.

“This attack showcases the rejection of security coordination with the occupation, even among members of the PA security forces,” Abu Zuhri pointed out.

The Hamas official claimed that Sukkari worked as an escort for the chief of the Ramallah prosecution office.

Late Sunday night, the IDF surrounded Ramallah to implement a partial closure of the Palestinian Authority capital city in response to the attack. Only residents who can prove their status were being allowed in and out of Ramallah. 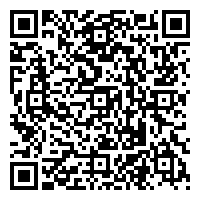