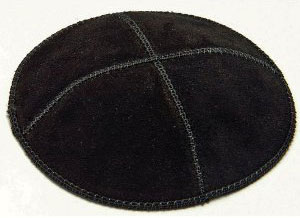 “Let me be honest with you,” the rosh yeshiva began.

It was not a good sign. I was sitting for a farher, an entrance interview, with the rosh yeshiva of a well-known yeshiva in Jerusalem, and it was about to go very badly.


I was, to be fair, a very unusual applicant. I had just graduated from law school. My classmates and friends were headed off to prestigious clerkships or to seek their fortunes. I had other plans. My secular learning had now outpaced my Torah learning, and it was time, I believed, to catch up.

So I applied to a yeshiva renowned for its commitment and the dedication of its students. I prepared thoroughly and was sure my learning – my scholarship – was up to par.

I hadn’t gotten the look down quite right, I knew. My suit was too blue; my shoes too un-scuffed; my black hat somehow at the wrong angle. But surely, I told myself, these things didn’t matter; my commitment, my dedication and my ability were what mattered most.

The rosh yeshiva was about to disabuse me of my innocence. Time seemed to slow down. I took a deep breath, glanced at the magnificent golden Jerusalem stone outside, and leaned in to hear the unpleasant truth.

“You’ve been to university, no?” the rosh yeshiva said, more statement than question.

“Acutally, law school,” I responded confidently. That couldn’t be a problem.

“Ah, law school,” he nodded back. “Noch besser. We don’t take students here who have gone to university.”

I sat there, stunned. I wasn’t getting in. My ability and my commitment weren’t what mattered after all. I was of the wrong caste. I was unsuitable.

But I had traveled a long way and sacrificed a great deal to be in that room, so I wasn’t going to give up so easily. A note of desperation crept into my voice. I nearly begged: “But I’ll follow all the rules. I’ll keep all the sedarim!”

He grew animated, as earnest in his convictions as I was in mine.

“You see,” he continued, his voice rising, “we teach our students that university is chazer treyf. Chazer treyf! If you kept the sedarim, if you followed the rules, that would just become confusing to our students. I’m sorry, but it’s out of the question; you cannot come to this yeshiva.”

The interview over, I shuffled out of the room, passing by the beis medrash to which I had just been denied entrance. I glanced in and recognized some old friends. That was when the realization really hit me. It was me he was rejecting. My old friends sitting in that beis medrashhad also gone to college.

With hindsight, I was able to decipher what the rosh yeshiva was saying, what it was about me in particular he wouldn’t – couldn’t – allow in. He was telling me I was “modern.” He was telling me that, unlike the other college graduates, when I went to law school I hadn’t just learned a trade – I had also absorbed its values.

The rosh yeshiva was right. In three years of law school I had come to believe that Washington and Lincoln were important men; that the American Revolution and the Civil War and the Civil Rights movement were important events; and that free speech, democracy and tolerance were important ideals. They weren’t Torah, to be sure. But the values of Madison and Jefferson and Hamilton had become my values as well, and those values were “modern.”

The problem was I didn’t want to be “modern.” I had shown up at that yeshiva’s doorstep because I had, in my earlier yeshiva days, developed a great love for the life of the yeshiva. The modern world seemed devoid of spirituality while the world of the yeshiva provided a wonderful spirit, from the simple activities of its daily life to the fiery passion of Kol Nidre on Yom Kippur.