At the age of 13, Naftuli Moster was done with secular studies. Moster, who, years later, still speaks with a slight Yiddish accent, spent his teenage years learning in a Belzer yeshiva from 6:00 in the morning until 8:00 at night. It was quite common in his community.

“Fourteen hours a day in yeshiva but [a student] doesn’t learn a single word of English, math, history, science, geography, music art, nothing, nothing, nothing,” said Moster. “They’re not even allowed to play sports. Balls are forbidden in school.”

But this may change if Moster has his way. Moster, 26, along with several friends, launched Young Adults For a Fair Education (YAFFED). Their goal is to increase and promote basic secular education inside Ultra-Orthodox schools.

In describing the organization, Moster spoke about the lack of secular education in his Belzer Chasidic community. From the time he began elementary school, he had 1-2 hours of secular education—math and English—a day. Usually, the classes were poorly taught; discipline was non-existent and the subjects were taught in Yiddish. One year, he said, in an effort to save money, the school hired one of the rabbis to do double-duty and teach the “English studies.” The problem was that the rabbi didn’t really know English that well.

After finishing high school and learning in Israel, Moster returned to New York and enrolled in Touro College, but quickly found himself playing catch-up in all the basic studies.

“It’s embarrassing for a 23-year old to ask ‘What is an organism?’ and ‘What is an artichoke?’ It takes much longer to learn, since you’re not building on a larger knowledge,” he said. “It’s so hard for anyone to grow up in New York state being less educated than an immigrant from a third-world country.”

Moster eventually managed to succeed and he transferred to the City University of New York system, where he is working on a bachelor’s degree in psychology.

YAFFED is focused on boys’ schools since, they say, girls’ schools inside the Ultra-Orthodox community are typically far better.

Moster wants to work within the community.

So far, the organization has met with several people inside the community who have been receptive to the idea. YAFFED also printed 5,000 copies of an educational newsletter and distributed it throughout the Ultra-Orthodox communities in Borough Park, Williamsburg and Monsey.

The newsletter also offered a free copy of the American constitution to anyone who emailed them, though Moster admits that few people took them up on the offer.

The organization met with representatives of the New York State Department of Education, but Moster said that the meeting didn’t lead anywhere.

“They have their hands full with the public schools and they can’t overstep their boundaries,” he explained. “Even though prior law and court rulings say that it’s their responsibility. They feel like this is what the community wants and they don’t want to get in the way.”

Jonathan Burman, a spokesperson for the State Department of Education, said that there is little the state can actually do about a poor secular education inside the private schools.

Even if schools don’t meet the “substantial equivalent,” there are likely to be few penalties. Burman pointed to the guidelines for determining equivalency of instruction in non-public schools.

But the school system in the Ultra-Orthodox community does appear to have run afoul of some of the substantial guidelines: while the state does not mandate specific time for studies, it does dictate that grades 1-6 should approximate the five hour daily and grades 9-12 should have five and a half hours. And schools must teach several subjects beyond math and English.

Rabbi Avi Shafran, spokesman for Agudath Israel, declined to comment on the issue.

“Secular subjects were taught, but the emphasis was on Jewish subjects; most of a typical school day was spent learning Torah and Talmud, with a few hours dedicated to secular studies,” said David Kiss, 26, a full-time musician who grew up in the Ultra-Orthodox community in Monsey. “I happened to be a voracious reader, and luckily my Mom and Dad encouraged that, or my English vocabulary would be awful. We had one stressed-out teacher who taught all the subjects, and our academic upbringing definitely suffered because of that. I still am quite awful at math; I don’t know my multiplication tables.”

Michael Jenkins, the director for programming at Footsteps, an organization that works with people who leave their ultra-Orthodox world, said that most people who come to the organization have a very limited education.

“Their attitude is generally frustration, motivation and anger,” he said. Many end up finishing up a GED at Footsteps, since their high school diplomas do not transfer.

Jenkins added, however, that while they don’t come to Footsteps with a secular education, they do come with some form of education.

Others see the lack of secular education as being directly connected to the poor economic situation inside the Ultra-Orthodox community. According to the most recent UJA survey, more than two out of every five Chasidic households are poor. The Chasidic town of Kiryat Joel is the poorest place in America.

“The Chasidic community is fond of pointing to people who never had any education and who are now millionaires,” said Shulem Deen, a writer and the founder of Unpious, who also grew up with a very limited secular education. “They ignore the fact that these people are rare individuals who made it by sheer tenacity. Most of the community relies on Medicaid and it’s obvious that the economic levels in the Chasidic community are what they are because there’s no education.”

He said that he felt Moster faced an “uphill battle.”

“It’s a tremendous step in raising awareness of the issue,” he said. “Whether he will directly affect change remains to be seen, but he definitely has a chance of starting a conversation.”

Moster, who just quit his job working in a warehouse, said he believed his life would have been different had he had a proper secular education.

“I would have been a doctor by now,” he said. “And the same is true for so many others.” 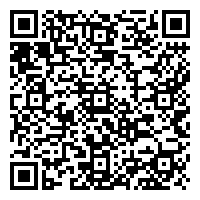