Wise realized that Roosevelt’s Jewish advisers could be “safely trust[ed] not to trouble him with any Jewish problems.” He also knew, by the mid-1930s, that the president – “immovable, incurable and even inaccessible” to those who pressed him to respond to the increasing plight of Jews – “has not lifted a finger on behalf of the Jews of Germany.”

On the advice of Brandeis and Frankfurter, he hesitated to add to Roosevelt’s “terrible cares” by troubling the president “with our, in a sense, lesser problems.” But Wise knew that despite stringently restrictive immigration quotas that had been in place since the 1920s, German Jews were purposely excluded by the Roosevelt administration even when their admission was still permitted under law.


The conflict between Jewish identity and American loyalty tormented Wise. But his deference to Roosevelt, whom he came to identify as the “All Highest,” deepened as he became Roosevelt’s most devoted Jewish enabler. His flattery of the president was unrestrained. Attempting in vain to secure Roosevelt’s opposition to the British White Paper that excluded desperately fleeing Jewish refugees from Palestine, he told the president that rarely in history had Jews “turned to the head of a great government with the confidence with which you have given us fullest reason to turn to you.” The president did nothing.

Wise continued to believe that American Jews loved Roosevelt “as an exemplar of that truly just and American spirit which abhors intolerance and feels that Jews have their rightful place of service and honor within the American polity.” He compared their attachment to “a feeling of Jewish homage before a sovereign and liberating spirit.” Yet by 1943 he lamented: “If only he [FDR] would do something for my people.”

“I wonder how much we have gained,” Wise finally asked, “by walking warily, by being afraid to be ourselves, by constantly looking over our shoulders to see what impression we make upon others.” He predicted: “If we are done in the end, it will not merely be because of the effectiveness of our foes but because of the timidity and cowardice of ourselves.”

But Wise would not go public with his concerns. Indeed, even with reliable information about the slaughter of European Jews, he kept it secret. He finally realized that “silence is acquiescence. We must speak out.” Apologizing to Roosevelt for his disclosure, he claimed that “I do not wish to add an atom to the awful burden which you are bearing with magic.” Wise pleaded for “a word which may bring solace…to millions of Jews who mourn.” But he asked for nothing to try to rescue those whose lives might still be saved.

In a belated moment of anguished self-insight (in a letter to Justice Frankfurter late in the war), Wise wondered “whether I am getting to be a Hofjude” [court Jew]. By then, however, the leader and public voice of American Zionism had long since become Roosevelt’s devoted enabler. Wise would relegate Jewish issues to the sideline to protect the president, his own access to the White House, and his leadership role in the American Jewish community.

Historian Henry Feingold, author of The Politics of Rescue, has claimed that any indictment of Wise or American Jews for their failure to exert pressure on Roosevelt to help beleaguered European Jews “cannot produce authentic history.” To be sure, American Jews were powerless to save Jews in Europe. But why was it unreasonable to expect American Jewish leaders to speak out rather than remain silent, to urge action by the president and to protest his silence? They were too cowed into silence even to support the tiny handful of right-wing activists from Palestine, led by Peter Bergson, who organized rallies across the United States and a protest march to the White House by four hundred rabbis.

Such was, and remains, the American Jewish dilemma. The core bargain of acculturation – the repeatedly asserted compatibility of Judaism, Zionism and Americanism – paralyzed American Jews before and during World War II and the Holocaust, and arguably still does. During the worst catastrophe in Jewish history since the destruction of the Temple in 70 CE and the loss of national sovereignty that ensued, American Jewish leaders and their followers, to their everlasting shame, remained silent. 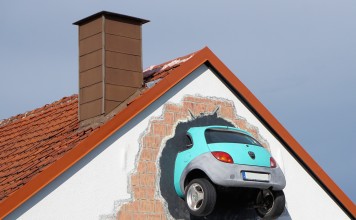 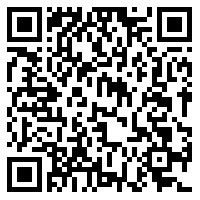