JERUSALEM – While a beaming Secretary of State John Kerry celebrated the announced resumption of Israeli-Palestinian peace talks by enjoying a cold beer on his flight from Israel to Washington, there seemed to be some disagreement on the Palestinian side about whether there had even been an agreement to restart the talks.


Several top Palestinian politicians associated with the Palestinian Authority’s Fatah wing poured cold water on Kerry’s optimism over the weekend by telling the Palestinian newspaper Al-Ayyam that formal negotiations would not take place with Israel until Netanyahu agreed to recognize the pre-1967 borders and halted all settlement construction.

They also rebuked Kerry for being, in their words, “a master of self-deception,” and said the announcement that initial negotiations would begin next week in Washington is an exercise in futility, as “nothing of substance would come of the talks.”

In Jerusalem, both Israeli President Shimon Peres, who reportedly helped Kerry pressure PA President Mahmoud Abbas into restarting the talks, and Netanyahu expressed optimism that the renewed negotiations, which come with a one-year deadline, could yield positive results.

Peres and Netanyahu maintained that Israel had not been forced to agree to restart the negotiations based on the pre-June 1967 cease-fire lines, nor would Israel halt settlement construction activities during the course of the talks. But several Israeli newspapers reported that Netanyahu had agreed to halt construction in isolated settlements in Judea and Samaria that likely would be surrendered as part of a final peace agreement with the Palestinians.

Netanyahu said he hoped the talks would prevent the establishment of a binational state in Israel and the creation of an Iranian-sponsored terrorist entity in West Bank.

“These will not be easy negotiations, but we will enter into them with integrity, sincerity and the hope that this process will be conducted responsibly, seriously and substantively – and, I must say, at least in the opening stages, discreetly,” he told his Cabinet on Sunday.

“Throughout this process, I will strongly uphold, as I already have, the security needs of the State of Israel and other vital interests.”

Sources report that Netanyahu has come under pressure from a growing number of hard-line Likud Party Knesset members, as well as Habayit Hayehudi leader Naftali Bennett, who are demanding that the prime minister not give Israel’s chief negotiator with the Palestinians, Justice Minister Tzipi Livni, a free hand during negotiations with the PA.

Livni headed the failed talks with Abbas during her tenure as foreign minister during the Olmert government. According to Olmert, Abbas rejected an offer that would have had Israel withdraw from nearly 97 percent of Judea and Samaria. Had that arrangement been agreed to, tens of thousands of settlers would have been uprooted from their homes. The Palestinians were also offered sovereignty over the Temple Mount and much of East Jerusalem in that proposed deal.

Though Netanyahu has stated that the renewed negotiations would not start from the point where Olmert and Livni left off with Abbas nearly six years ago, the Israeli leader recognizes that Habayit Hayehudi’s Bennett and Likud hardliners such as MKs Yariv Levin, Danny Danon and Tzipi Hotovely could bring down the government if Israel agrees to wide-ranging concessions.

Netanyahu reportedly acceded to demands made by Bennett and Levin that the government allow Israelis to participate in a national referendum regarding any major concessions offered to the Palestinians.

In recent weeks, as Kerry was galvanizing support for the talks, prominent members of Netanyahu’s Likud Party – including Danon – came out against Palestinian statehood. On Saturday, Danon said he trusts Netanyahu but opposes settlement evacuation or a release of Palestinian prisoners.

“We must not repeat the injustice of the past and uproot thousands of Jews from their homes,” Danon said in a statement. “I also hope that we learn from previous mistakes regarding the release of prisoners with blood on their hands. These murderers must not be released as an ‘act of good will’ or as a prize for returning to the negotiating table.”

Israel is set to free 82 Palestinian prisoners as a goodwill gesture ahead of the talks. The U.S. reportedly turned down Netanyahu’s request for the release of Israeli spy Jonathan Pollard. 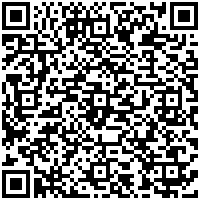