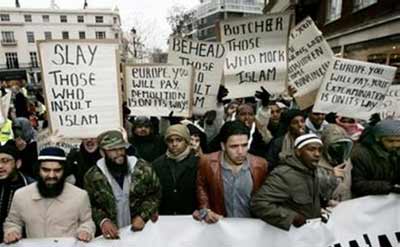 At the mikveh they were discussing Egypt.


A few years ago, I said to someone there would come a day when we would miss Khaddafi.

It seems strange to feel nostalgic for a person like him, but there’s a proverb that goes “Better the devil you know than the devil you don’t know.” Ruthless leaders like Khaddafi or Saddam Hussein were able, by their very brutality, to control a brutal population. Naïve Westerners try to apply Western standards to Eastern societies. The result is chaos.

Egypt is boiling over; Syria is boiling over. Pots are boiling all around the world, and Jews are surrounded by those boiling pots. What’s going to come flying out of those pots?

Starting this week, we say Psalm 27. We need to pay close attention to these words:

Hashem is my light and my salvation. Whom shall I fear? Hashem is the strength of my life. Whom shall I dread? When evildoers would approach me to devour my flesh, my tormentors and my foes…it is they who stumble and fall. Even if an army would encamp against me, my heart would not fear, even if war were would arise against me, in this I trust. One thing I asked of Hashem that I shall seek: that I dwell in the house of Hashem all the days of my life, to behold the sweetness of Hashem and to contemplate in His Sanctuary. Indeed, He will hide me in His shelter on the day of evil; He will conceal me in the concealment of His Tent. He will lift me upon a rock…. Your Presence, Hashem, do I seek. Do not conceal Your Presence from me; do not repel Your servant in anger…. Hope to Hashem; strengthen yourself and He will give you courage, and hope to Hashem.

King David is telling us something here so deep and so crucial to our existence, especially to the upcoming days of Rosh Hashanah and Yom Kippur. His words are actually revolutionary. He is saying that the events of this world – what we read in newspapers and hear in news broadcasts – are not what impact our lives. We perceive these events as powerful. We perceive the leaders of nations and armies as powerful.

I know the reaction of most readers: Do you mean to tell me men don’t run the world? Come on!

We think we run the world, but we are totally mistaken. “Many designs are in a man’s heart, but the counsel of Hashem, only it will prevail” (Proverbs 19:21).

Do you think that we can perceive the truth with our own eyes and our own brains? That’s what Chava thought in Gan Eden, and how wrong she was! Only through the lens of Torah can we see what is really going on.

Do we have the power to shape events, even the events of our own life? We think so, but as Rabbi Chanina said (Berachos 33b), “Everything is in the hands of Heaven except the fear of Heaven.”

Do we control anything at all? Yes, we control “fear of Heaven” – and that’s it. But that’s exactly what we have to work on during Chodesh Elul.

This is no exaggeration. If it were, the Torah would not be telling us these things. Clearly, this is so crucial that if we enter Yamim Noraim without realizing it, our teshuvah and our tefillas will be inevitably compromised, God forbid. We have to know exactly what task we are required to perform in this world and for that we need to live with the correct perspective. The entire surrounding culture is based on the assumption that the actions of mankind control the world. That’s why this culture is so obsessed with news. We have been brought up to believe that the events we read and hear about in the news are in fact the controlling influences in the world and in our lives. Again, no!

“Only” – that’s what it says – “only the counsel of Hashem will prevail.” Since we say this pasuk daily, apparently we are not permitted to begin the day without realizing this incredible, life-altering truth. We control nothing “except the fear of Heaven.” 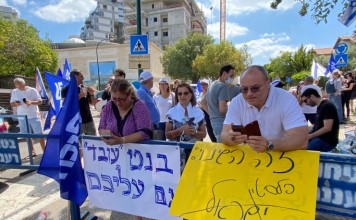 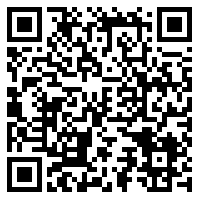