I got two pieces of advice from Dr. Mehmet Oz when we started the interview.

The first had to do with health: “Eat right. Treat the supermarket like a pharmacy. It has all the vital ingredients for preserving good health.”

The second, which he offered as a Muslim, had to do with the Israeli-Palestinian conflict and the conflicts among the nations of the regions in general: “I pray you will be able to see the things that unite you and realize that they’re stronger and much more dominant than the differences between you.”

Dr. Oz, who is visiting Israel this week with his wife, Lisa, and their four children, is not just any physician. A cardiac surgeon by training, he is the most watched physician in the United States. Millions of Americans view his television program. “The Dr. Oz Show” is broadcast to more than a hundred countries, including Israel’s Health Channel. His books, which have been translated into dozens of languages, including Hebrew, are runaway bestsellers.

But Dr. Oz has other traits: He’s a proud American, a proud Turk and a proud Muslim who is considered a great friend of Israel. His visit to Israel was arranged by Rabbi Shmuley Boteach, popular author and founder of This World: The Values Network.

At a gala dinner of his organization last May benefiting the Rambam Medical Center, Rabbi Boteach honored Dr. Oz as a champion of human values. The other honorees were Elie Wiesel and Dr. Miriam and Sheldon Adelson.

That evening, with the mediation and assistance of the Adelsons, it was decided that the time had come for Dr. Oz to visit Israel with his family to connect to the Holy Land.

Bismuth: Dr. Oz, people in Israel aren’t all that thrilled with Turkish Prime Minister Erdogan, who makes things difficult for us. What can you tell us about him?

Dr. Oz: I met him quite a few years ago when he was still serving as mayor of Istanbul. You have to understand that he’s an extremely important leader in the Muslim world. His political success is not a coincidence. He worked hard. You may not know it, but he personally took care of the city’s poor. Through Islam, he improves the citizens’ lives. Of course, one can argue about his ideas and his performance, but despite everything that Turkey is going through now, Erdogan brought political stability to his people. Erdogan’s Turkey has become a democratic model for other Muslim nations.

In your opinion, will there be a change in the chilly relations between Israel and Erdogan’s Turkey?

Relations will go back to being friendly. I’m convinced of that, and it’s only a matter of time. The Turkish and Israeli nations know how to work together, and they like doing so. They engaged in transactions before, and they will again. Israel and Turkey have too many common interests that are impossible to ignore, and the leaders are aware of them.…

Dr. Oz, the son of Turkish immigrants Suna and Mustafa Oz, believes in cooperation between Jews and Muslims. His family experienced such cooperation when he studied medicine from Jewish physicians. He recalls that a Jewish physician named Dr. Nissan treated his mother. He describes such cooperation as optimism, which is one of his main characteristics and to which he attributes his success.

At the age of 53, he can be pleased. His television program, “The Dr. Oz Show,” has won three Emmy Awards. He is a professor at the Department of Surgery at Columbia University, where he also serves as vice chair. He is also the director of the Cardiovascular Institute and heads the alternative medicine program at Columbia-Presbyterian Medical Center.

Do you feel you’re more effective as a surgeon or as a television host who gives medical advice?

There’s nothing like being a heart surgeon. Imagine what a heart is. Imagine what happens during heart surgery. It’s so unique. I would love to perform 10,000 operations per year, but in the end I’m limited in the number of operations I can perform.

Still, television is a tool that helps you in your work.

Definitely. Let’s say I operate on 500 cases a year. Imagine how many people I can reach through television. I want to believe that the advice I give people through my television program has the clear advantage of helping them maintain their health and stay young. 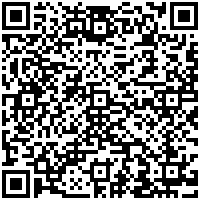