Summer turned to autumn, and winter was suddenly around the corner. One evening after dinner, Max sat on the bedroom windowsill by the fire escape to smoke his usual evening cigarette. When he finished, he turned to Freida Sima and announced there was still something missing in his life.

“Before we get too old to travel,” he said, “let’s go to California.” He missed his boys, he told her, and wanted to get to know his grandchildren. Freida Sima had already been to California while Max was still working, and even daughter Shirley had been to California the year before, returning with marvelous stories about her brothers (Max’s sons from his first marriage), their wives and children, and Max’s “revolutionary” sisters Rose and Vera, who lived there as well.


Max hadn’t been back to California since his first wife died, nor had he seen his sisters since their parents had died twenty years earlier, and it was time to renew those family connections.

The next day they sent a letter to Los Angeles announcing their intention of coming for a visit. A few weeks later, Freida Sima closed up the Brighton apartment and they flew out to California. Within days Max regained the tan he had when Freida Sima had met him in February 1928. “What a mechayeh!” he would say over and over to Freida Sima, overjoyed to be surrounded by family. Between trips to the coast with Max’s sisters and playing with the grandchildren, they were truly in seventh heaven.

“Now if only our Shirley would get married again and have children,” Freida Sima thought.

Shortly before Freida Sima and Max left for California, Shirley had confided that she was interested in her boss at Patra, the travel agency where she worked. Shirley had always been a “revolutionary,” but this time, Freida Sima thought, she might have gone too far.

Not only was Shirley’s boss, Chaskel Tydor, a Holocaust survivor and widower, he was twice her age and an Orthodox Jew with two adult children. Why would he be interested in Shirley, a girl of twenty-five who was an avowed socialist and far from observant? Of course, her Mordche had been an older widower with four big boys – and an atheistic communist to boot – when she met him, but that was different. Or was it?

Three months later, when Freida Sima and Max returned to New York, Shirley told her mother that she and her boss had quietly begun to “keep company.” His children knew and approved, but older family members might look at it askance, as might their co-workers. Chaskel, therefore, decided to take things slowly and keep their relationship private for a while.

When Freida Sima and Max went back to California that winter, they hoped they would return to a wedding announcement, but it took another year before Chaskel felt it right to ask Max for his daughter’s hand.

“Let us call the girl and ask her,” Max replied in Hebrew, quoting the biblical response given to Abraham’s servant Eliezer when he asked to take Rivkah back to Canaan to become Isaac’s wife.

Communist and atheist that he was, Max Kraus had been brought up in an Orthodox home and attended years of cheder in his native Kiev. He could quote Scripture with the best of them. 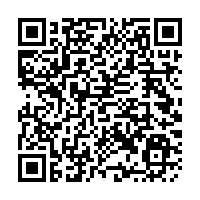