Also conspicuously absent were any signs of solidarity with Jews or the State of Israel — you know, the original victims of the Nazis. And here is where the Nazis and the anti-Nazi protesters found their greatest point of convergence: They both hate Israel with a passion. Indeed, anti-Semitism is the only political belief in Germany that outpaces anti-Americanism in its virulence and intensity.


A junior high school boy walks by wearing a sweatshirt emblazoned with a swastika with a line through it. The lettering below the logo read ?F…k Your Nationality.? It’s in English because the people the anti-Nazi protesters are really protesting against are Americans.

Germans of all political stripes despise America because Americans are nationalistic — we’re proud that we stand for the American principles of freedom, justice and the rule of law, and also because we’re not Germans.

It is typical of German arrogance to believe that, since German nationalism resulted in two world wars and the Holocaust, no one should be allowed to express national pride. Of course, Germans have never been able to figure out that rooting vociferously for the American hockey team at the Olympics is a far cry from perpetrating the deliberate murder of six million people. But I digress.

A man hands me a postcard with a photograph of Sophie and Hans Scholl on it. The Scholl siblings were students at Ludwig Maximilian University in Munich and were executed for their participation in the White Rose Movement. The postcard reads: ‘Resistance today. We in Munich have good models.’

Now, I’m all for honoring the bravery of the Scholls, who, along with the circle of people associated with Pastor Dietrich Bonhoeffer, were among the infinitesimal number of Germans who resisted Nazi rule. But the sad truth of the matter is that Sophie and Hans Scholl’s sacrifice was all for naught. The anti-Nazi pamphlets they distributed had zero effect on Nazi power and their solitary protest did not inspire anyone else to take up the cause of resistance.

The Scholls, however, are always trotted out by revisionists as examples of a vast German resistance to Hitler, just like that non-existent vast French resistance our Gallic friends would like you to believe in. And the faculty, students and alumni of Ludwig Maximilian University try to present the Scholls in such a way as to make the case that LMU was a hotbed of resistance to the Third Reich.

In reality, LMU was the proving ground of the Nazi movement. The systematic amalgamation of anti-Semitism, theories of the superiority of the German people, and the geopolitical movement to acquire Lebensraum was a product of the intellectual environment of Ludwig Maximilian University in the 1920’s.

Adolf Hitler, Hermann Goering and Rudolf Hess all took classes at LMU after World War I. Indeed, Hess was working on a graduate degree under the supervision of Professor Karl Haushofer, the chief architect of the concept of Lebensraum.

The LMU student body was overwhelmingly pro-Nazi. LMU student body President Baldur von Schirach later became head of the Hitler Youth and subsequently was one of the Nuremberg Trial defendants who received a prison sentence for his crimes.

Now we come to the speeches. There was all the usual socialist claptrap and self-congratulatory posturing. Everyone was being so brave by protesting the Nazis. Yeah — just like actors accepting their Oscars who praise their fellow actors for their ?bravery? in wearing red ribbons on their Armani tuxes and designer original gowns in order to protest the spread of AIDS.

The crowd, comprised of mostly young pinkos experiencing an endless bad hair day, seemed to be more interested in drinking beer than in listening to the speeches. 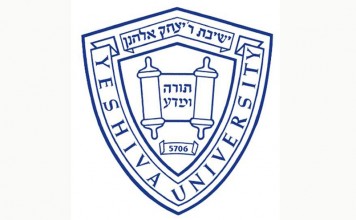