Ladies and gentlemen, I want to thank you for electing me prime minister of Israel. As you know, I ran on a platform of peace and it is now my intention of keeping my promises to you and my backers and financiers from around the world — and I shall be fulfilling what I have pledged to do.

In my campaign, I ran on a platform that you voted for through me. I promised that I would conduct negotiations with Arafat and the PLO no matter how many Jews the PLO was murdering during the talks, with the intention of reaching an agreement for a complete withdrawal from the Gaza Strip within six months.


I also promised that if the PLO refused to strike a deal with me in that time, then I would withdraw from the Gaza Strip unilaterally and without any agreement on the part of the Palestinian Authority for anything. I confirm tonight that this is my solemn intention.

In addition, within a year, I will reach an agreement with the Palestinian Authority for a complete withdrawal by Israel from the entire West Bank and the eviction of all Jewish settlers living there. And if the PLO refuses to reach a deal or agree to my terms, then Israel will simply pick up and withdraw from the West Bank anyway, whether or not the PLO agrees to it.  Any settlers who refuse to cooperate with the withdrawal will simply be left for the PLO and Hamas to deal with.

I intend to turn the Negev into a large resettlement district for all those people around the world claiming to be Palestinian refugees. They will be settled in the northern Negev and in the area around Beer Sheba, and Israel will withdraw from these areas of Palestinian resettlement whether Arafat and the PLO like it or not. We will negotiate with the PLO in good faith for 18 months, but if the PLO refuses to agree to our terms, we will withdraw from Beer Sheba unilaterally.

I am willing to wait for 24 months for these talks to yield results. If at the end of this two year period there is as yet no accord, then Israel will solve the problem unilaterally, whether the Syrians like it or not. I will order a complete withdrawal from the Golan Heights, whether Bashar
Assad has agreed to my terms or not, and I will order a 20-mile zone created along the Lebanese border within Israeli territory in which no Jews will be permitted to live and in which Lebanese Shi’ites may exercise their own sovereign self-rule.

As the next step in my program, I hereby pledge that I will allow no longer than 30 months for talks with Israeli Galilee Arabs to produce a peace accord. As you know, my party and I are committed to granting equal national rights to Israel’s Palestinian nationals, which is what we now call the Israeli Arabs. So, if by the end of these 30 months no peace accord has been reached in the talks, then I intend to solve the matter unilaterally by withdrawing Israel from all of the Galilee, whether the Galilee Arabs like it or not, and will order all Israeli troops and civilians to withdraw behind the new secure borders stretching along the Kishon Creek next to Haifa.

Yes, I am aware of the fact that I will have to order my own parents to abandon their homes in the Haifa suburb of Kiryat Haim, but I am sure they are willing to make sacrifices for peace. If my good friend Gad Zeevi is not in prison at the time, he promises he will set them up in a nice penthouse.

Next, I intend to resolve once and for all the conflict between the Jews and the Arabs in the central parts of Israel, in Nazareth and the Wadi Ara district. I will conduct good faith negotiations with their representatives from the communist parties and the Islamic fundamentalist movement. I will give these talks no longer than 36 months. If by that time there is no accord reached, then I will order Israel to withdraw from all areas outside of the greater Tel Aviv-Gush Dan district. 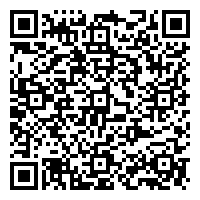