According to the recently released Pew Research survey of U.S. Jewry that has garnered so much media attention, nearly one-fourth of American Jews don’t believe in God.

“Belief in God,” the survey dryly notes, “is much more common among the general public than among Jews.”

Some time ago, during a break between prayers at a synagogue I was visiting, I asked a number of the congregants a two-part question: Do you believe in God? And if so, why?

It was obvious the question touched a nerve. Many congregants admitted at least some doubt about the existence of a supreme being, while others couldn’t provide clear-cut reasons for their belief in one.

This led me to wonder why these people, all highly educated, would devote a great deal of their time to praying and other religious observances and activities when they lacked the fundamental belief that was supposed to have brought them to a house of worship in the first place. Or if they did believe in God, why they couldn’t clearly articulate the basis of their belief.

I suspected the responses from this small sample of Jewish congregants were not entirely unrepresentative of the beliefs of other Jews. I had heard and read of Jews across the spectrum of denominations who identify as Jews – who have strong feelings about Judaism and Israel and who ardently uphold many Jewish practices – yet lack belief in God.

Of course, believing in God doesn’t make one Jewish. Many people identify themselves as Jews for a host of reasons other than believing in the God of Israel, and they are just as Jewish as the most pious Jew. Being Jewish is a birthright, not a belief right. According to halacha, anyone born of a Jewish mother is Jewish. Period.

But religion is synonymous with the worship of God. All the holiday celebrations, rituals, practices, and customs are wonderful and joyous and positive and effective in promoting bonding between fellow Jews, but they are merely corollaries – cultural perks, if you will – to Judaism’s being a God-based religion.

As was true for many of my fellow congregants the night I conducted my impromptu survey, my belief in God, if not innate (and there is a case to be made that we are hardwired to believe in a supreme being), was inculcated in me at an early age. It was continually nurtured and cultivated by my parents and my religious schoolteachers concomitant with the practice of Jewish customs in the home.

But with the empirical teachings of my secular education, that belief wasn’t just something I perfunctorily accepted. While some people lose faith as a result of the widespread human suffering throughout history, as well as having to endure the passing of loved ones and friends, on a strictly intellectual level I felt the need to find principles of logic outside the realm of religion that supported the existence of a supreme being.

For me, the quest for affirmation was to find ideas that in philosophical ways supported the existence of a Creator. While I was aware that concrete proof of God could not be found in the direct way some people seek, I knew I could be satisfied with rationales that strongly indicated the existence of a supreme being.

I came up with a litany of plausible explanations for the existence of God, none of them original but all of which have been proffered over the centuries. 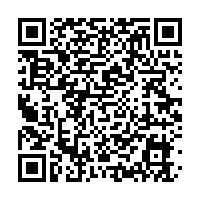