Jacob Ostreicher, an Orthodox Brooklyn businessman held in jail and under house arrest in Bolivia since 2011, has returned to the United States, a State Department official confirmed Tuesday.

How he returned, however, remained unclear as of Tuesday evening.


Based on a conversation with her uncle, Ostreicher’s daughter, Chaya Gitty Weinberger, told The Jewish Press that her father “had been kidnapped and that the kidnappers contacted my Uncle Aron.

“They wanted ransom. They dropped him off in international waters in the Pacific, and now he is in an undisclosed location. But still a lot is unclear, and I’m still waiting to talk to my father.”

Others suspect the U.S. government may have helped Ostreicher escape Bolivia, but when asked for details, a State Department spokesman would only say, “We refer you to [Ostreicher] regarding questions concerning his travel to the United States.”

Bolivian Justice Minister Cecilia Ayllon said Ostreicher duped authorities at an unspecified border crossing on Sunday night before boarding a Los Angeles-bound LAN Chile plane in the Peruvian capital of Lima. She said Bolivia is alerting Interpol and could request the American’s extradition as part of an ongoing money laundering investigation.

“His escape demonstrates that he was involved in the crimes he’s accused of,” Ayllon said at a press conference.

Ostreicher, who had a flooring business in New York, invested money with a group involved in a rice-growing venture in Bolivia and was managing the business when he was arrested in 2011 on suspicion of money laundering. He also was accused of doing business with drug traffickers.

However, in June, Bolivian authorities arrested 15 people – including government officials – on charges of engineering his arrest in hopes of extracting a cash payment.

Despite those charges, Bolivia did not release Ostreicher, a father of five, and his case drew the attention of leading lawmakers in Congress, including Reps. Chris Smith (R-N.J.) and Jerrold Nadler (D-N.Y.), and Sean Penn, the movie actor and human rights activist.

“I am thrilled by the reports that Jacob Ostreicher, my constituent, who has been illegally detained in a Bolivian prison for two years, is finally free,” Nadler said in a statement. “He has suffered greatly and his family has worked tirelessly for his freedom. I am overjoyed at the idea that they will soon be together.”

New York State Assemblyman Dov Hikind, who pushed for Ostreicher’s release, told The Jewish Press he couldn’t “comment on any information about” Ostreicher’s return. “What’s important,” he said, “is that after two and a half years an innocent man will be back home with children, grandchildren and family, with Hashem’s help. Baruch Hashem, the ordeal is over.”

In a statement, New York City Councilman David Greenfield said he was “relieved that Jacob Ostreicher’s long ordeal has finally come to an end and he is safely back in the United States. It was clear all along that the case against him was fabricated… It was amazing to witness the incredible courage and fortitude that Jacob’s family displayed throughout this ordeal.”

As of Tuesday evening, Ostreicher’s whereabouts were still unknown, though one source placed him in the New York area, and Sean Penn, through his publicist, said he was with Ostreicher, who was receiving medical attention.

It was due to Penn’s direct intervention last year that Ostreicher was released from jail after 18 months and placed under house arrest. 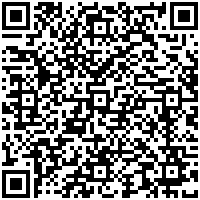