Charles Krauthammer is widely regarded as one of the most influential political commentators in America today. A contributing editor to The Weekly Standard and The New Republic, Krauthammer is also a nightly commentator on Fox News’s Special Report with Bret Baier and a weekly panelist on PBS’s Inside Washington. Close to 250 newspapers carry his weekly column, which earned him a Pulitzer Prize in 1987.

In addition to his political prowess, Krauthammer maintains a love for Jewish music. Several years ago, he and his wife Robyn founded Pro Musica Hebraica, devoted to “bringing Jewish music to the concert hall.”


On December 2, the organization will hold a concert of cantorial masterpieces at the Eldridge Street Synagogue. The Jewish Press recently spoke with Krauthammer about the concert, among other topics.

The Jewish Press: What led you to found Pro Musica Hebraica?

Krauthammer: About eight years ago, my wife and I decided there was an area of Jewish culture that had been fairly widely neglected, and that was the presentation of great Jewish music in a classical setting. We wanted to do something to bring it out to the world.

Is the classical music Pro Musica Hebraica presents really Jewish music or just music that happens to have been composed by Jews?

The idea is to bring Jewish experience, feeling, and history – “Jewish soul,” if you like – as expressed through classical music.

So it doesn’t matter who the author is. One of our concerts a few years ago was baroque Jewish music from 17th- and 18th-century Italy and Holland. It included the famous Sephardic Jewish composer Salamone Rossi, but it also had a selection by a Jesuit priest who was a philo-Semite and who set Psalms to baroque music. He was so much of a Hebraist that he actually wrote the music from right to left when he was transcribing it.

So we don’t care about the origin of the composer although, of course, most of the music is by Jews self-consciously reflecting their own heritage, past, and memories.

Why has this music been neglected?

Well, I’ll give you one example. One of the major schools of this music was called the St. Petersburg school. Founded in 1908, this school consisted of students of Rimsky Korsakov. They were in the Russian conservatories, and their teacher basically said to them, “Why are you trying to compose Russian music? You’re Jews, compose the music of your own people.”

So they sent ethnographic expeditions into the shtetl, listened to the music, and transcribed it. That was their inspiration for composing classical music with Jewish themes – the same way that Bartok, for example, produced classical Hungarian music from Hungarian folk themes.

This school thrived for 10 years. They put on concerts all over Russia, but then the Russian revolution came in 1917, and they were all scattered to all corners of the world. Their music was largely forgotten, but we brought it back with Itzhak Perlman on the 100th anniversary of its founding to an amazing critical review in the Washington Post and tremendous public response.

This upcoming concert on December 2, though, will feature chazzanut.

Yes, it’s our first venture away from classical music towards more traditional liturgical music. It’s also our first time in New York; we’re usually in the Kennedy Center in Washington. Cantor Netanel Hershtik of The Hampton Synagogue, who is just exquisite, is performing, and the venue will be the Eldridge Street Synagogue, which is celebrating its 125th anniversary.

One theme that runs through this concert is redemption. It’s a theme that’s so prevalent in the liturgy that you can’t go three pages in the siddur without coming across it. I think it’s very important, particularly for those who may not be religious or aren’t even Jewish, to understand that the idea of return, restoration – the idea of Zion – is not a modern creation but a theme going back to “Im eshkacheich Yerushalayim,” which was written 2,500 years ago….

One of the reasons I wanted to do this was because when I was growing up we would spend our summer in Long Beach where, once a year, Moshe Koussevitzky would perform at one of the synagogues at the far end of Long Beach. My father would take my brother and me, and we would walk for about an hour to hear him. I have never forgotten that. It was the most moving music or religious presence. 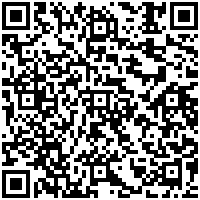