IDF strikes on Nov. 18 knocked out the Hamas television stations Al Aqsa and Al Quds in Gaza, but Hamas leaders were likely not too concerned, and knew they could always count on Plan B: Propagandizing at the Guardian.

In fact, later that same day, Nov. 18, a ‘Comment is Free’ essay by the deputy head of Hamas’s political bureau, Musa Abumarzuq, was published – one out of several members of the Islamist terror group who has been published by the paper which aspires to be the ‘world’s leading liberal voice.’


Other than Abumarzuq, who published a previous essay at CiF in 2011, the list includes Hamas ‘Prime Minister’ Ismail Haniyeh, their head of international relations Osama Hamdan, and their ‘advisor‘, Azzam Tamimi.

Abumarzuq’s piece, ‘We in the Gaza Strip will not die in silence,’ is full of unserious, vitriolic claims befitting a group whose founding charter cites the antisemitic forgery ‘The Protocols of the Elders of Zion’ as “proof” that Jews indeed are trying to take over the world.

However, Abumarzuq also advances a narrative of Israeli villainy which had already found fertile ground within the Guardian coven of “journalists” and commentators.  Echoing the “analysis” of  Harriet Sherwood, Simon Tisdall, Ahdaf Soueif, and Jonathan Freedland, on the “real reasons” for Israeli operation ‘Pillar of Defense,’ the Hamas apparatchik writes the following:

“With the approach of the Israeli elections, the Israeli prime minister, Binyamin Netanyahu, wanted to trade with the blood of the Palestinians, especially after his alliance with the ultra-extremist Avigdor Lieberman failed to boost his popularity in the polls as he’d expected. This is not the first time the Israelis have launched a war for electoral gain. Shimon Peres did it to Lebanon in 1996 and the Olmert-Livni-Barak alliance did it to Gaza in 2008.”

Turning to the issue of supreme concern to the Palestinian branch of the Muslim Brotherhood, “human rights”, Abumarzuq complains thus:

“The human rights that Europe claims to defend all over the world are denied to the Palestinian people.”

Which freedoms are cruelly denied to Palestinians, per Abumarzuq?

“The right of people to resist occupation and confront aggression is guaranteed to all peoples; but if Palestinians seek to exercise this right it immediately becomes terrorism and for this they must be persecuted.”

Yes, of course. The Palestinians’ ‘universal’ right of “resistance”, murdering civilians with impunity, is stymied by their cruel Jewish oppressors.

Abumarzuq then adds the following:

“The Israeli military attacks on Gaza did not stop after the last Gaza war. Since 2009, 271 Palestinians have been killed, compared to three Israeli deaths.”

The numbers he cites about Israeli deaths are incorrect.

There have been 3 Israeli deaths since Nov. 14, when operation ‘Pillar of Defense’ began, but the Israeli death toll from Gaza terror attacks since 2009 is 13, not 3.

While you can contact the Guardian’s readers’ editor, Chris Elliott, at readers@guardian.co.uk, to request that Abumarzuq’s lie be corrected, perhaps you should consider asking Mr. Elliott a more pertinent question:

How does he reconcile the ‘progressive’ politics he and the paper he works for evidently aspire to with their decision to continue providing a platform to violent religious extremists who represent ultra right-wing values on issues such as democracy, freedom of the press, the rights of women, gays, and religious minorities?

Though I don’t expect anything resembling an honest answer from Elliott, he and his colleagues need to be confronted with the mounting evidence of their supreme moral hypocrisy.

Truth of Dare? “Next Year in Jerusalem!” – Pull Up A Chair [audio] 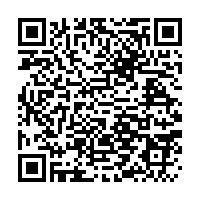