Editor’s note: Crawling out from under his rock, “Rabbi” Lerner emerged to address the nation to eulogize Muhammad Ali. Instead he used the moment as a platform to defame Israel. This is nothing new for Lerner. His claim to fame is being an anti-Semitic//anti-Israel “Rabbi.” Steven Plaut, recognized this “Rabbi” as a fraud a decade ago. The following is an article from 2006:

Ok, I admit, this is not the most important news item, but you may
nevertheless find it of interest.

You know how Michael Lerner, the editor of Tikkun Magazine, claims to be an Orthodox Rabbi? And you know how we have been pointing out that he never graduated from any Rabbinic seminary and was never ordained a Rabbi at all.

Well, put all that aside for the moment. The question I want to raise is whether Lerner is Orthodox, as he always tells anyone willing to listen.

Well, I decided to put the matter to a test.

Jewish holidays in Israel, such as Passover or Succot, last one day, but last two days everywhere in the Diaspora under Jewish law. In addition, there is a ten hour time zone gap between Israel and Berkeley, where Lerner nests. I decided to conduct an experiment to see if Lerner is religiously observant, or Orthodox.

As it turns out, I was wrong. Lerner responded to the letter when it was still the FIRST day of the two-day holiday! From the timing of the letter, he wrote it even while it was still the first of the two days of “Yom Tov”. Now “Yom Tov” or the holiday of Passover is when all work (other than cooking food) is prohibited by Judaism and – specifically – writing and operating electronic equipment is prohibited, including computers. But “Rabbi” Lerner was spending his holiday playing with his computer and conducting correspondence. No doubt his sabbath is spent the same way.

Let me emphasize that it is not my place to tell non-religious or
non-Orthodox Jews how to spend their holidays or how to live their lives. It is not my business if some Jew wishes to live his life as a secularist and play with his computer on the sabbath or on holidays.

Indeed I only mention this matter simply because of the hypocritical gall and outright dishonesty of this buffoon Lerner pretending to be an Orthodox Rabbi.

In my letter to Lerner under the false name, I asked him if he would be willing to silence all those questioning his “rabbinic” credentials by agreeing to take a spot quiz in Bible and Talmud. Personally, I am of the opinion that he has never read the Books of the Prophets in the Bible whose “ethics” he likes to cite when he promotes his New Age pro-LSD “liberation theology”. He wrote back (while it was still Yom Tov) that he would NOT agree to this and that he had no need to do so because he had been admitted
as a member of the California Board of Rabbis.

Here are his words:
>From : Rabbi Michael Lerner rabbilerner@tikkun.org
“Absolutely not. They are already sinners spreading *lashon hara (hearsay)*, so there is no possible reason to believe that they would be satisfied by anything. I am a member of the Board of Rabbis of Northern California, which did its own careful assessment of my qualifications as it does with every applicant.”

Now, as a matter of fact, the California Board of Rabbis does NOT check out anyone’s credentials who applies for membership. Membership is automatic and hardly constitutes proof that someone is a Rabbi. A few years back, a friend of mine and I began to register his goldfish as a “Rabbi” in the California Board of Rabbis, to prove the point. But we decided it would tarnish the name of the Board and embarrass the actual Rabbis who are members, so we called the prank off. The above statement by Lerner however does show how thoroughly dishonest he is.

In short, Michael Lerner is neither Orthodox nor a Rabbi. We DO know that he is an anti-Semite though, one who claims that Jews themselves are to blame for anti-Semitism! 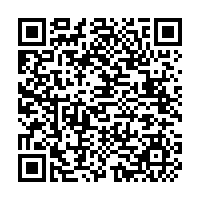