By a vote of 59-54, the Knesset Plenum early Wednesday passed the Rabbinical Judges Bill (Amendment No. 10), which expands the panel that selects Dayanim-rabbinical judges.

The bill determines that the Rabbinical Judges Selection Committee will include 13 members: The two Chief Rabbis of Israel; two judges from the Great Rabbinical Court, in which the panel of judges will be appointed for three years; according to the amendment approved, the Government will have three representatives in the committee (instead of two today): the Justice Minister (who can be replaced by the Government with another minister, with his consent), the Religious Services Minister, and another member of the Government that it will appoint; two Members of Knesset; two attorneys, who will be appointed by the National Council of the Israel Bar Association for three years; and according to the amendment approved, two women rabbinical court advocates will serve on the committee (instead of one woman rabbinical court advocate today), one of whom will be chosen by the Justice Minister and the other by the Religious Services Minister, within three months of the inauguration of a new Government.

During the first reading of the bill on Tuesday, MK Yariv Levin (Likud) said, “For years, the current coalition accused us of seeking to dole out jobs because we thought it was appropriate to allow a minister to bring his own team with him that​ would be committed to his success and that of the country. Now, in the height of impudence and hypocrisy, you are not only passing a special jobs law, increasing the committee, and changing its makeup, but you are also doing it to create personal jobs. This hypocrisy is disgraceful, and this law is shameful, and this a precedent that unfortunately, the State of Israel and Israeli citizens will pay for.”

Minister of Intelligence MK Elazar Stern (Yesh Atid) defended the legislation, saying it would bolster the standing of the rabbinical courts, which is important to all of us.” 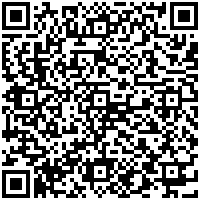