Abraham Joshua Heschel. He was a master of English prose and a profound Jewish thinker, but this descendant of the Maggid of Mezeritch, the Rizhiner Rebbe, Reb Levi Yitzchak of Berdichev, and the Apter Rav taught at the Conservative Jewish Theological Seminary, which placed him, and his books, outside the consciousness and boundaries of most Orthodox Jews.

Aaron Lieblich, a graduate of Israel’s hesder program and currently a student at Hebrew University, believes neglecting Heschel’s writings, however, is a mistake. In the latest issue of Hakirah, a popular Torah journal based in Flatbush, he argues that Heschel’s writing contain valuable ideas that would benefit many Orthodox Jews.

Heschel was born in Warsaw in 1907 and studied at the University of Berlin at the same time that Rav Yoshe Ber Soloveitchik and the Lubavitcher Rebbe were students there. He immigrated to America right before the war and published several highly-acclaimed works including The Earth Is the Lords, God in Search of Man, and The Sabbath.

The Jewish Press recently spoke with Lieblich about his Hakirah article.

The Jewish Press: Can you talk a bit about Heschel’s upbringing?

Lieblich: He grew up in Warsaw. His father was a Rebbe in a small community and when he was growing up, he was expected to become an important chassidic leader. When his father passed away when he was nine, he started learning with his uncle, the Noviminsker Rebbe [grandfather of the current Noviminsker Rebbe].

You share an interesting story about his cousin, the Kopitzhinitzer Rebbe, in one of the footnotes to your article.

It comes from the biography of Heschel by Edward Kaplan and Samuel Dresner. They write: “Heschel was sitting [after the war] at the Tisch of his brother-in-law, the Kopitzhinitzer rebbe [also] named Abraham Joshua Heschel on Henry Street on the Lower East Side of Manhattan. His cousin said to him, ‘We hoped that you would be the Levi Yitzchak of our generation and save Hasidism. And I thought I would be your Hassid. Alas, you have come to sit at my table.’”

Heschel’s chassidish yichus evidently meant a lot to him considering that when he suffered a severe heart attack in 1969, he asked to be buried near his uncle, the Noviminsker Rebbe of Brooklyn.

His chassidic upbringing shaped his thinking. In an interview at the end of his life, he talked about how important his upbringing in the chassidic world was, teaching him to revere those great [chassidic] rabbis and to enthusiastically pursue a relationship with G-d.

In your article, you quote Heschel complaining that we “talk about G-d in the language of the Greeks.” What did he mean by that?

There’s a long tradition [in Jewish philosophy] of viewing G-d as an idea or an axiom that proves the existence of being. This G-d is completely impersonal, unsympathetic, and disconnected from humanity. He is a perfect idea as opposed to a personal creator.

Many rabbis who were influenced by Greek thinking – like Rambam and others in medieval times – attempted to reconcile the G-d of the Greeks with the [human-like descriptions] that appear in the Chumash.

Heschel [stressed] a different way of thinking. Heschel’s G-d began, not as a logical axiom, but from an experience of transcendent being. His most famous book, God In Search of Man, is [based on] the prophecies throughout the entire Torah, in which G-d is searching for man to have a relationship with him. Man often fails, but G-d never gives up, constantly attempting to recreate that relationship.

Rav Samson Raphael Hirsch interestingly writes in his commentary on Chumash (Bereishis 6:6) that the Torah intentionally ascribes human emotions and attributes to G-d. It does so, he writes, because the danger of thinking of G-d in impersonal, abstract terms is far greater than thinking of G-d in overly human terms.

Heschel would surely agree with that especially since the Greek way of thinking dominated Jewish thought for a long time outside of kabbalistic circles.

So while it might be true that once upon a time the issue was man thinking of G-d too much in human terms, now the main concern is the secularization of religion – turning G-d into an idea and forgetting that He’s a personal G-d that has relationships and cares about what goes on in the world and with humans beings.

Many attempts to secularize Judaism describe halachot as utilitarian. They’re useful for certain purposes as opposed to being acts in which you can connect to a personal G-d. And if you don’t begin with the experience of G-d – with G-d calling out to you [because] He cares about humanity – then, in Heschel’s eyes, you often tend to fulfill the laws as ends in themselves.

Where did Heschel get his ideas from?

I think they’re a modern retelling of ancient ideas that came from Chazal and are discussed in Chassidut. In Torah Min HaShamayim, which is Heschel’s book on theological trends in Chazal, he attempts to point out the different perspectives throughout Jewish history. He uses as the main focus of that book Rabbi Akiva and Rabbi Yishmael – Rabbi Akiva being the one who tended more to see G-d in everything and to be very enthusiastically searching out G-d and Rabbi Yishmael being the one who, I guess you could say, was more similar to Greek thinking.

So these ideas already come from Rabbi Akiva, from Chazal, and they come from the prophets, and Chassidut was, in Heschel’s opinion, a flowering of those ideas. I don’t think they were creations of Heschel’s. I think it was him trying to translate them to a modern world.

Yeshiva University offered Heschel a job in the mid 1940s, but he wound up teaching at the Jewish Theological Seminary, which is the flagship of Conservative Judaism. What would you say to those people who refrain from reading Heschel’s books because of the institution he was associated with?

I’d say two things. First, JTS now and JTS then can’t be looked at the same. In Heschel’s time, many of the rabbis at JTS were completely Orthodox, and they weren’t disconnected from the Orthodox community in the way that they are now.

I think the fact that Heschel was debating between taking a job at YU and JTS is in some sense a sign of that. Rav Moshe Soloveitchik actually recommended Rav Yitzchok Hutner for a job at JTS 10 years before Heschel began teaching there, so that’s another clear sign that it wasn’t disconnected the way it is today.

Second, I think rabbis who are against anyone associated with a different community should take care to first make sure they understand who that person was and what his philosophy was.

To be clear, Heshel was frum.

Did he have semicha?

Yes, from Rav Menachem Zemba in Warsaw before he left the community when he was 14. 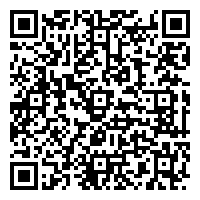