Why would an observant woman with a talent for drawing and painting publish a book with images of her canvas creations of reworked masterpieces? What, in addition to her obvious artistic abilities, is she expressing?

Converted Masters contains the reworked masterpieces imagined and created by Esty Frankel-Fersel, the result of a full decade of effort to bring this book to fruition. The book was published by Menorah Books and edited by Barbara Bensoussan. Frankel-Fersel who maintains residences in North Jersey and the suburbs of Philadelphia explains that “the idea to make these paintings came to me in a flash one day… kind of popped into my head. I started with two paintings – a Van Gogh and a Monet. My friends and family got a kick out of them and urged me to keep going, so that’s what I did.”


When I first saw this book on a friend’s coffee table, I was amazed and intrigued. Although I laughed out loud at some of the pictures, at others, like Michelangelo’s “The Creation of Adam,” where the hand of man is reaching towards the hand of G-d, I was stunned by the elegance and simple beauty in finding both arms bound in Tefillin.

I really appreciated how this artist had reimagined classic paintings that originally lacked any Judaic content and changed them into Jewish-themed paintings. She took some of the world’s most famous, most beloved and recognizable works of art and gave them a Jewish twist. Frankel-Fersel offers us a glimpse at more than 60 of her canvas renderings, giving us the masterpieces she created after first reimagining them. While there are several images that are silly, whimsical, and fun, others invoke emotional depths of prayer and awe, a sense of contemplation.

The artist/author’s sensitivity, respect, and appreciation for her Jewish religion is apparent from the first page, almost blank except for two lines of text, where a very obvious tone is set:

This book is the culmination of an adventure that began as a hobby of the creative type. It gave Frankel-Fersel a way to build upon the drawing and painting she’d been doing for years. Then she had to delve into the legal aspects, perhaps the polar opposite of a creative endeavor. Artwork falls into public domain after 75 years, but many of the paintings she wished to reimagine were not painted within that time frame. Thus, it was necessary to contact the estates for permission to adapt the originals. Whenever possible, the original work she adapted is shown side by side with the reimagined image.

Frankel-Fersel is a petite, sheitel wearing Orthodox woman, a wife, mother, daughter, sister, and aunt and a professional therapist and social worker. Born in Crown Heights, Brooklyn, Frankel-Fersel attended Bais Yaakov through high school, followed by a year of seminary in Eretz Yisroel.

As an adolescent, her parents supported her interest in art by sending her for local drawing classes. For the next fifteen years, she continued to attend art classes, where her interest in painting was advanced by her gift for copying and reproducing works of art on canvas using oil paints. Although this method of copying famous works of art is a common one for students, what Frankel-Fersel would ultimately decide to do with those masterpieces after she copied them onto her canvas was anything but common. But why go to the effort of copying world famous masterpieces only to change them?

Frankel-Fersel continued drawing and painting while she studied at Brooklyn college, still reproducing and perfecting her masterpieces while she went on to study at the Wurzweiler School of Social work where she earned her MSW. She continued painting and drawing as a hobby, “my creative outlet,” as she calls it. And then in 2006, she got the idea to change well known masterpieces and make them Jewish. In other words, she found a way to make these masterpieces uniquely her own.

And that is exactly what she has done. She has reimagined and recreated about 60 famous pictures that span the ages, from the Renaissance to the modern period. Anyone who has taken a level-one art appreciation course or has visited a museum would be familiar with them. However, if someone viewing the recreated masterpieces had never seen the originals, the humorous aspects are not diminished; the images that reflect introspection and prayer evoke beauty and power, and are done with the utmost respect.

When I look at Michelangelo’s “The Creation of Adam” now, I imagine that the Tefillin should be wrapped around the extended fingers and arms; I can glean the potential that Frankel-Fersel imagined before converting this masterpiece.

One thing becomes obvious when you look at many of these pictures that fuse Jewish rituals, Jewish life cycle events and historic Jewish events: Frankel-Fersel has a wonderful sense of humor. She enjoys making people laugh in a light hearted feel-good way, as well as using her artwork as a springboard for educating her viewers about Jewish ideas and the artwork she has transformed. She transformed Degas’ spinning ballerinas into spinning dreidles, and included a family performing Tashlich on the bridge over “Monet’s Water Lily Pond.” “Whistler’s Mother” is, in Frankel-Fersel’s reimagined canvas, sitting shiva, and the man in Grant Wood’s “American Gothic” who seemed bound to hold a pitchfork for all eternity now holds a lulav and an etrog rests in the palm of his wife’s hand in front of their Jewish American sukkah. Never mind that the artists who painted the originals did not have these Jewish perspectives in mind! When you view Frankel-Fersel’s images, the reimagined images somehow work!

Beneath the humor and fun is the depth of emotion and expression that this artist brings to each canvas and her longing for our Jewish rituals and traditions to be fully realized and appreciated. So Rodin’s famous bronze statue, “The Thinker,” is transformed, with Frankel-Fersel’s clever addition, to include a chavrusa, and the book opened on the shtender before the two bronzed students is the Talmud.

The images in the book are organized as follows: Torah, Shabbat, Yom Tov/Jewish Holidays, Mitzvahs and Commandments, Purim, Shidduchim/Matches and Marriages, Learning and Prayers, Kabbalah, The Messianic Period. There is even a section on Yiddish expressions called “Oy Vey,” because what collection of Jewish art would be complete without illustrations uniquely portraying Yiddish and richly realized concepts such as shmoozing and tzuris?

Clever explanations also add a bit of whimsy to this interesting book. Strands of Frankel-Fersel’s strong Jewish identity, pride in her heritage, and her idealism all shine through as she takes time to explain to the viewer the initial idea she enlarged upon while recreating the masterpiece. For example, beneath a small reproduction of “Monet’s Water Lilies,” she provides us with background, context, and a bit of education about her rendition, called, “Moses Among The Lilies.”

No one has ever captured water lilies in a pond like Monet. The pastel pinks of the flowers and the blue of the water simultaneously soothe and dazzle the eye.

These water lilies are in France, but I like to imagine them elsewhere… like Egypt, where the Torah tells us that Pharaoh’s daughter drew baby Moses (Moshe), out of the waters of the Nile. Pharaoh had commanded the people to slaughter all male Jewish babies, but Moshe’s pious mother chose instead to put her baby in a reed basket and float him down the river, praying for the best.

In the end, the best is what he got — the best of Egypt, that is. He was rescued by Pharaoh’s daughter and bought up in luxury in the palace. It was only when he grew up and witnessed the cruel treatment of his people that he rose up in anger against the Egyptians… (p. 14)

At an exhibition of her canvases recently on display at the Philadelphia Museum of Jewish Art, housed in the historic Rodef Shalom Synagogue on North Broad Street, Frankel-Fersel’s reimagined Mona Lisa, a classic by Leonardo Da Vinci, was on display. She was redone as “Minna Leah,” complete with a shell to insure modesty under her dress, a small star of David around her neck, and a sleek and shiny sheitel. I wasn’t the only one laughing out loud. 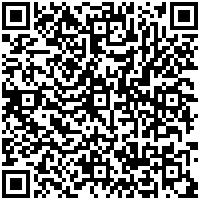