The Road Not Taken

roads diverged in a yellow wood,
And sorry I could not travel both
And be one traveler, long I stood
And looked down one as far as I could
To where it bent in the undergrowth;


Then took the other, as just as fair,
And having perhaps the better claim,
Because it was grassy and wanted wear;
Though as for that the passing there
Had worn them really about the same,

And both that morning equally lay
In leaves no step had trodden black.
Oh, I kept the first for another day!
Yet knowing how way leads on to way,
I doubted if I should ever come back.

I shall be telling this with a sigh
Somewhere ages and ages hence:
Two roads diverged in a wood, and I –

I took the one less traveled by,
And that has made all the difference. – Robert Frost

Chip and Dan Heath examine these questions in their book Decisive: How to Make Better Choices in Life and Work. They identify the four villains of decision making that interfere with making good choices.

Narrow Framing. Often we look at decision as a binary choice. Should I do this or that? Should I take a weeklong vacation or stay home and go to work? Should I buy that wacky purple sweater or not? Should I move to the big city or stay in the small town? The Heaths argue that restricting yourself to two choices limits your alternatives – and that in reality you might not even consider other options that would be better. Maybe you should take three days off and go away, maybe you should take the week off and stay home. Maybe you should buy a different wacky sweater, or wacky purple socks. Narrow framing ultimately limits your options and can lead to poor decision-making.

Confirmation Bias. When you want to believe an idea to be true, you pay more attention to the information that supports that idea. In other words, if you think that vegetarians are calmer and kinder people, whenever you see someone who is a vegetarian doing something nice, you will pay attention and spotlight that connection. When you see people who love to eat meat acting in mean ways, you will pay attention to that and make the connection between meat eating and cruelty. This means that you will end up “seeing” more things that confirm your belief simply because you are paying more attention to those things.

Overconfidence. Sometimes, we believe we know what the future holds and overestimate our “gut” on decisions. In reality, sometimes we make decisions before we have even fully thought about them and those decisions can end up hurting us in the long run because we did not consider all of the various alternatives.

Chip and Dan Heath suggest the WRAP method for making decisions. Below, I’ve explained their ideas to counterattack the villains of decision-making:

Widen your options. Don’t go with a “whether or not” decision. Instead think “and” instead of “or.” If you find that you are stuck, find someone else who has solved this problem in the past; seek people who you are close to, then research people outside your circle.

Reality-test your assumptions. Confirmation bias leads us to collect information that only confirms what we want to believe to begin with. To fight again that bias, ask questions that will go against your assumptions. Talk to people who might not share your opinions.

Attain distance before deciding. When we let our emotions control our decisions, we might end up making poor decisions for the long term. Therefore, try to shift perspective. What if your friend asked you what to do about this issue? What would you counsel him or her? This distance will help you look at the decision more objectively and not approach it through an emotional lens.

Prepare to be wrong. It’s okay to be wrong, but it is a huge amount of pressure to go into a decision thinking that you are always going to be right. In reality, we all make mistakes and none of us can see the future, so preparing yourself for this inevitability will make the decision-making process easier.

Decisions will never be easy – but if you stay away from the four villains of decision-making and make an attempt to WRAP it up, you just might be a more decisive and successful person! 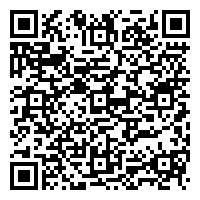