Sukkot is being celebrated under the threat of Covid-19. Two-hundred years ago, in the shadow of another devastating plague, the ge’ulah of the nation was arguably set in motion with the aliyah of students of the Vilna Gaon, whose yahrtzeit falls on the fourth day of Chol HaMoed.

To learn more, The Jewish Press recently spoke with Rabbi Dr. Raphael Shuchat, who teaches Jewish philosophy at Bar Ilan University and Ariel University and lectures widely on the life and writings of the Vilna Gaon (also known as the Gra).


The Jewish Press: What do we know about the Gra sending students to settle the Land of Israel?

Dr. Shuchat: The Gra himself endeavored to make aliyah. In a famous letter to his wife, which he sent en route to Israel, he writes:

“I am writing to you to urge you not to…worry…for I, thank G-d, am going to the Holy Land, which all desire to see – the delight of all Israel, the delight of Hashem, may He be blessed. All the upper and lower world desire it, and I am going peacefully, thank G-d.

“You know I have left behind my children, the love of my heart, and all of my cherished books, and made myself like a wandering stranger on earth, abandoning everything…and if I merit to be in the holy community of Yerushalayim by the gate of heaven, I will daven for you as you requested, and if we merit it, we will see all of us again together, if the Merciful One desires this.”

The Gra turned back before arriving without any apparent reason. Years later, his sons asked him why he returned home and he answered, “I was not given permission from heaven.”

Did the Gra tell his students to make aliyah?

That’s a difficult question to answer. We have sources from the second half of the 19th century claiming that the Gra told his students to settle the Land of Israel, but we don’t have an earlier statement to this effect. However, students of the Gaon made aliyah beginning in 1808 in a few waves that brought 511 Jews from Lithuania.

According to the Gra’s sons, there were 10 close disciples of the Gra, to which we should add Rav Yisrael of Shklov, who studied with the Gra in the last half year of his life. From that group, Rav Menachem Mendel of Shklov settled in Jerusalem, Rav Binyamin Riveles died on the way to the Land of Israel, Rav Zvi Hirsh of Semiatitch and Rav Yisrael of Shklov resided primarily in Tzfat, and Rav Chayim of Volozhin raised money to sustain them.

Why didn’t more people make aliyah during this time period?

To make aliyah in those days was no easy endeavor. The Chayei Adam, who married into the Gra’s family, wrote that those who will be a financial burden on the community should think twice before making aliyah.

To add to the hurdles, from 1808 until 1837 – the year of the earthquake in Tzfat – there were three bouts of the plague and four attacks of cholera on the small Jewish community of Tzfat, Tiberias, and Yerushalayim.

Despite these numerous problems, there was a steady aliyah of Jews from Poland, Russia, Bohemia, Galicia, and the Ottoman Empire. By 1844, Jews were the majority in Jerusalem with over 7,000 Jewish residents. The entire country numbered many tens of thousands of Jews.

The students of the Gra set the groundwork for this impetus of immigration. So, in a sense, modern Zionism – even though they did not use this term – should be seen as beginning with the Gaon’s disciples.

Can you give us a capsule summary of the Gra’s teachings about aschalta d’geula – the beginning of Israel’s redemption?

I wrote a book in 2008, Olam Nistar BeMeimadei Hazman, about the theory of redemption of the Gra. In a nutshell, the Gaon – based mostly on sources from Tikunei Zohar, Safra DeTziuta, and the other Zoharic sources – explains that the ge’ulah comes in two phases.

First is the natural phase, referred to in Zoharic and rabbinic sources as Mashiach Ben Yosef, marked by the ingathering of the exiles, the building of Yerushalayim, and other aspects of the physical upbuilding of the nation.

The later phase, referred to as Mashiach Ben David, is marked by the more spiritual completion of the process, including the building of the Temple and the nation’s embrace of the Torah in a more profound way. The Gra also writes of setbacks that will occur before the second phase.

The Gra felt that his era marked the eve of redemption, what he refers to as “ikveta de’meshicha.” The Gra also claims that in the final redemption we will experience an incident similar to Cyrus, king of Persia, decreeing that the Jews may go up to Israel (Commentary on Tikunei Zohar Chadash, 27a).

So he predicted the Balfour Declaration?

That’s how the Gra’s words are explained at the Mercaz HaRav Yeshiva. The Gra also thought that the ge’ulah would not start in a generation of righteous Jews. “Chazal said: The son of David will come either in a generation that is totally righteous or totally wicked.” The Gra [predicted] the second possibility” (Commentary to Tikunei Zohar, 126a), but he was sure the final ge’ulah would bring people back and they would embrace the Torah.

In general, he seemed to have a very intricate and detailed knowledge of the ge’ulah – to such an extent, in fact, that he writes the following: “From what I have explained, you can deduce the time of the final redemption, and I ask the reader to swear by the G-d of Israel not to reveal this” (Commentary to Safra de’Tzniuta, chap. 5).

I don’t think it’s widely known that the Gra was steeped in Kabbalah. Can you edify us on this point?

I have an article coming out soon in the journal Daat of Bar-Ilan University on this topic. In short, the Gra did not publish any book during his lifetime. After his passing, the Beit Din of Vilna – to make sure that no one would publish any of the writings without its permission – issued a decree (on the 13th of Adar, 1799) that only seven books could be published. Out of these seven, five were on Kabbalah.

In the book, Aliyot Eliyahu,” Rav Yehoshua Heshel Levin describes 54 books of the Gra. About a quarter of them are on Kabbalah. Rav Chayim Volozhiner, in his introduction to Safra deTzniuta, which is a sort of biography of the Gra, sees him as the greatest kabbalist since the Arizal and claims that the Gra had revelations of Eliyahu HaNavi just like the Ari.

In the first edition of Maaseh Rav (siman 60), the Gra says to study Zohar for one hour daily. Rav Yissachar Ber, who edited the work, wasn’t sure whether to leave this instruction in or not. Some of the early editions still have it. Rav Chayim says all yeshiva students need to study Zohar (Keter Rosh, siman 60).

All the Gra’s students were steeped in Kabbalah and many wrote kabbalistic works, including Rav Chayim Volozhiner, Rav Menachem Mendel of Shklov, and Rav Moshe Shlomo of Tolchin, from whom we have the Gra’s Hadrat Kodesh.

Obviously, the students of the Gra didn’t find luxury townhouses when they arrived in the Holy Land. What was it like back then?

One of the Gra’s youngest students, Rav Yisrael of Shklov, was the leader of a small but determined group in Tzfat. Arieh Morgenstern writes a lot about how Rav Yisrael tried to divert the chalukah money to buy land for agriculture.

His story is most unforgettable. In 1814, a plague broke out and Rav Yisrael moved to Shefaram – to no avail since, on the way, the plague claimed the life of Rav Yisrael’s wife. Then he moved to Yerushalayim where he lost his son-in-law, and then his 18-year-old daughter, leaving just her baby who died years later in 1834 at the age of 20. In the same plague, he lost his son Nachman and his daughter Esther, as well as his 14-year-old son Zeev, and then his mother.

“I went through much suffering and was able to survive due to the merit of coming to Hashem’s land to walk in its ground these past 27 years. I tasted fear and famine and the sword, and even captivity, but I was able to save and help the inhabitants of the Holy Land and lead a kollel of pure souls, whom I worked to support and served with all my strength. I taught Torah to the masses, and I helped established life in the Holy Land near and far.”

Any other unusual stories?

Another oleh among the Gra’s students was Shlomo Zalman Zoref, who came to Israel in 1811 with his wife and three children during one of the aliyah waves from Lithuania. He arrived in Akko and moved to Tzfat where he dressed as a Sefardic Jew and learned Arabic to “blend in.”

In 1816, he moved to Yerushalayim where he became close with Rav Menachem Mendel of Shklov and the “Perushim” community, composed of disciples of the Gra and their followers. At the time, Ashkenazic Jews were not allowed in Yerushalayim by the Ottoman authorities due to the debt of the Ashkenazic Jews who came on aliyah with Rav Yehudah HaChasid in the early 1700s over the building of the Hurva Synagogue in the Old City, which Arab money-lenders destroyed when their money wasn’t returned.

But Shlomo Zalman dressed like a Sefardi Jew and spoke Arabic, so he slipped through the ban. Eventually, he was sent by the Perushim in Yerushalayim to the Sultan Muhammad Ali in Egypt to get permission to rebuild the Hurva complex. He succeeded in 1836, and the sultan also waved the debt from the days of Rav Yehudah HaChasid based on Rav Shlomo’s argument that the present Ashkenazic Jews were different from the ones of 100 years ago.

The local Arab population was not happy with this decision, so Rav Zoref tried to appease them by helping their leaders financially. However, someone twice tried to assassinate him. The first time, he was shot, but the bullet missed. The second time, he was beaten up on the way to the Menachem Zion Synagogue and suffered for 10 months until he succumbed to his wounds in 1851.

Shlomo Zalman Zoref is recognized by the modern State of Israel as the first Jewish terror victim. Zoref’s son Mordechai called himself Solomon, and his son, Yoel Moshe, was one of the founders of Petach Tikvah. Yoel Moshe’s son Chaim was a founder of Solomon and Elstein Pharmaceuticals, which later became Teva Pharmaceuticals.

Another oleh from the Gaon’s group, Rav Hillel of Sklov, son of Binyamin Riveles, who died on the way from Lithuania, changed his name to Rivlin. The president of the State of Israel today, Reuven Rivlin, is a direct descendant. 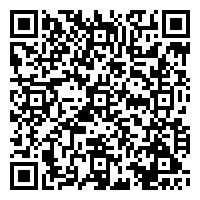