HonestReporting is one of the world’s largest media watch groups. Since its inception in 2001, the watch group has succeeded in making the media think twice before releasing coverage that discriminates and misrepresents. HonestReporting educates the public about unfair media coverage so that people can respond effectively. The watch group also fights the Boycott, Divestment, and Sanctions (BDS) movement that tries to turn people against Israel. Suzanne Lieberman, Missions and Events Coordinator, is the team member that brings people right inside HonestReporting.

Originally from Northeast England, Suzanne has been living in Israel since 1990. Upon joining HonestReporting in 2004, she took charge of planning and running the bi-annual high-end advocacy missions for donors and supporters. In addition, Suzanne is involved in public relations and financial management for the organization. “It’s not for nothing that my team members call me The Shepherd or The Glue,” she says with her characteristic smile.

While plenty of world-wide organizations, such as the Zionist Federation, UJC, UJA and Hadassah, arrange missions to Israel and invite prospective donors, only HonestReporting limits its missions to about thirty participants – a distinct advantage if you’re hoping to share your opinion with news-makers like Mark Regev, the prime minister’s spokesman.

By combining briefings from experts in politics, security, and journalism with in-depth tours and an impressive support team, participants get to see Israel beyond the headlines. They begin to understand the complex country and come away with hard facts that they can use to advocate for Israel. Naturally, the gastronomic side of life is well-cared for with French cuisine and buffet suppers and fish restaurants.

Although she admits to having been naturally reticent in the beginning, now that she is in her thirteenth year of mission planning, Suzanne has an easier time calling high-profile speakers. “It was easier to call Natan Sharansky after one of my team members spilled coffee all over his pants,” she says with a laugh, then adds, “I have the private cell phone numbers of all the good English speakers in the Knesset.”

So what exactly do you do on a mission trip? HonestReporting’s December 2014 mission included talks by Dr. Mordechai Kedar, Head of Arab Studies at Bar-Ilan University, Einat Wilf, Knesset member and expert on the BDS movement, and Simon Plosker, Managing Editor at HonestReporting. Tours included a visit to Kibbutz Alumim, located three kilometers from the Gaza border, to Sderot, and to Arab families living at the foot of Herodion. A full day in the north of Israel included a briefing with Elliot Chodoff, Military Analyst, IDF Major (res.), who gave an in-depth analysis of current terror threats, and a meeting with Dr. Michael Harari, at Ziv Hospital, Safed, where Israel is treating Syrian victims of war who manage to reach Israel. Despite the rise in terrorist attacks that preceded the December mission, no participants canceled. “Our July mission took place immediately during Operation Protective Edge. No one canceled. Our participants are coming because they are committed,” says Suzanne.

The Spice of Life

HonestReporting’s missions attract a wide gamut of participants, 15% of whom are not Jewish. Most of the participants are retired, secular Zionists with strong pro-Israel sentiments. For many of them, the mission is their first exposure to authentic Judaism. Kabbalos Shabbos at the Kosel, a Shabbos dinner overlooking the Kosel, and Shabbos lunch as guests at homes of English-speaking families are all uplifting experiences. This exposure to the religious world, coming with a gentle tangent, is astoundingly positive. “Shabbos meals are often the only time in the week that my family spends together,” says Suzanne. “Despite this, on one mission, on Friday night, we invited an elderly English gentleman, a recent widower, to join us. When my husband sang Aishes Chayil, the man began to cry. ‘I wish that I had done this with my own family,’ he said. My husband hugged him and told him that from now on, we’d be his family. Thankfully, we were able to bring him a measure of comfort.” Suzanne points out that the evaluation forms filled out by participants at the end of the tour often highlight meeting her family and hearing the boys sing. “Although I have little in common with many of the participants, we’re drawn together by our love of Israel,” says Suzanne. “Through this common bond, they learn that you can be religious without being fanatic.” 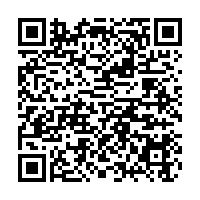