One of the most densely populated cities in the world, Mumbai, formerly Bombay, is home to the majority of India’s Jewish population. Among the 12 million people that make up the city, some 4,000 Jews live in the city.

While many of India’s Jews have immigrated to Israel, the United States, Great Britain, and elsewhere, around 5,000 Jews continue to live in the ancient community, which according to some sources dates back to the time of King Solomon.

A group of 22 young Indian Jews, mostly from the Mumbai area recently visited Israel on a free Taglit-Birthright Israel educational trip for 10 days (June 5-14) to explore the Jewish state and meet with their Israeli peers, some of Indian origin as well.

“It was an amazing trip,” said Adina Tambde, 21, from Mumbai in an interview with Tazpit News Agency. “I didn’t feel like a tourist here; I felt very at home. Israel is very welcoming,” she told Tazpit. “The moment when we first landed was very special.”

“It’s easier to keep kosher here – you can eat almost anywhere,” Tambde told Tazpit. “Although 10 days, without spicy food was a bit hard,” she joked.

Tambde also met her Israeli cousin for her first time during the trip – Tomer, who is an IDF soldier and accompanied the group for some of the visit. “I don’t have Jewish friends back in India,” she said. “Two days before the trip, I found out that I had a cousin that I would meet. Adina’s uncle had made aliyah to Israel years before and Tomer grew up in Holon.

Tambde recently completed her college studies in business in Mumbai and is currently exploring options to pursue her master’s degree in Israel. “In India, people admire you for being Jewish and it’s safe for Jews there,” she says. “But it’s difficult to fully follow Judaism and traditions too.”

It was Adina’s first visit to Israel like the other Indian Jewish participants. The group toured around the country, including Tiberias, Golan Heights, Tel Aviv, Jerusalem,Yad Vashem, and an Indian spice shop in the Ramle market.

Sifron Penkar, 26, from Pune, near Mumbai, told Tazpit that many things about Israel surprised him. “There’s a lot more discipline here – drivers stop at the red light,” he says. “Mumbai is a lot busier, chaotic.”

The technological and scientific advances of Israel attracted Penkar, who also said he came to check out work opportunities during the trip. He wants to work on improving his Hebrew when he returns to India through “self-study.”

For others, like 18-year-old Steffi Elias, who studies fashion design in India, the trip to Israel was a significant spiritual experience. “The Wailing Wall had a huge spiritual impact on me,” she said. “I would love to come back here in the future but we will see where time takes me,” she told Tazpit. “I’m too young to decide where my future will be now.” 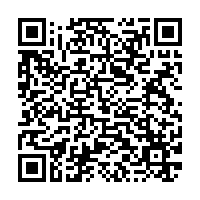