Each time I finish reading the last page of Ignite Magazine, I am reminded yet again of how I would not be the person I am today without NCSY. This is a thought that surprisingly often wafts its way into my mind as I sing Shabbos zemiros with my children, stand in front a classroom to teach, or stare at the reflection of a modestly-clad woman in the mirror.  But when I read about the current work of NCSY, inspiration is ignited once again.  The stories are so familiar, so personal, so mine. I, too, am a product of NCSY.

My father converted to Judaism when I was 12. I embraced our lifestyle change and was eager to make new friends and switch to a Jewish day school. This was Atlanta, Georgia in the ’90s and the community was still growing. By the time I reached high school, my small group of friends and I were the Orthodox kids on the block.  And as a newbie to observant Judaism, I was pretty ignorant of the big Jewish world out there.  My exposure to other observant Jewish kids was limited and I didn’t even know it, until NCSY came into my life.


A classmate somehow conned me into attending a Senior Southern Regional Shabbaton when we were in 8th grade.  I have vivid memories of that weekend: the singing and dancing, the excitement and passion the teenagers openly displayed about Judaism, and their sincere emotion. I had a song now, “Bsiyatta d”Shmaya,” which reminded me of the joy I felt, the joy of Judaism.  In fact, I had always felt that joy of Judaism from my father as he converted and inspired my mother to reconnect to her roots.  But that was his journey.  Now it was time for mine.

9th grade Regional Shabbaton in Miami Beach provided another stepping-stone.  I was sitting in a Shabbos afternoon session with a group of day school girls from Miami.  Something was different about them.  They were modestly dressed, and they were regal.  They covered their elbows and their knees, all the while looking so put together.  This made a major impression on me.  They seemed to possess a maturity and dignity that I sensed was something for which to strive.  This introduced a new concept to me, one that would prove to be an essential element in my growth over the upcoming years: the importance of role models.

Shabbatons introduced other new ideas to me: fulfilling one’s potential, becoming close to Hashem, and striving to grow.  After one “ebbing,” as we said farewell to Shabbos, one of my non-observant classmates who became involved in NCSY, sat in the back of the room with me in tears.  “I just want to become close to Hashem,” she cried. Such lofty concepts of spirituality were made accessible to us as teens.  No one was forcing it down our throats.  We felt the connection for ourselves.

I became more and more involved in NCSY over the next three years, starting off as an active board member of my chapter and ultimately serving on the National Board in my senior year, earning the title of National NCSYer of the Year.  But the summer of 11th grade was my dream come true. Many of my role models had been on an amazing summer program called Michlelet NCSY.  That’s where I wanted to go.  That’s who I wanted to be.  But it was beyond my family’s budget.

Our Regional Director had come to Atlanta to give a class to the parents of NCSYers.  At the end of the class, he approached my parents and presented them with the following situation.  There is a girl who desperately wants to attend one of NCSY’s summer programs and knows that this is very important to her growth.  However, she is unable to afford the cost of the trip.  At that point, my parents thought he was asking them for money, so they attempted to interrupt him until he said, “And that girl is your daughter.”  He offered my family a scholarship, and my mother cried.

At Michlelet NCSY I connected to the most motivated people I had ever met.  Davening and learning was cool.  Being growth-oriented was “in,” and dressing modestly was something in which to take pride.  I soaked it all in and, after six transformative weeks, brought it back with me to my yeshiva high school where davening, learning, and dressing modestly wasn’t so cool.

I chose the seminary I went to in Israel because the Michlelet madricha I was close with had gone there. From there on, whether it was my decision to attend Yeshiva University or my choice to pursue a Masters degree in Jewish Education, my passion for Judaism, which was ignited and nurtured by NCSY, has illuminated and clarified my life decisions.

When I read articles about kids going off the derech, or teenagers keeping “half-Shabbos,” I think back to how strong we were back in our NCSY days.  We lived from Shabbaton to Shabbaton.  We faced challenges to our religious commitment in high school, but somehow stuck stubbornly to our principles.  We had this resilience as teenagers that now boggles my mind.

NCSY opened my eyes to a deep and exciting Judaism that simply nothing else could rival.  Today, NCSY’s task is more vital than ever.  How many teenagers out there need NCSY to show them how to make Judaism their own?

A version of this appeared on https://60.ncsy.org/ncsy-changed-life-journey/ 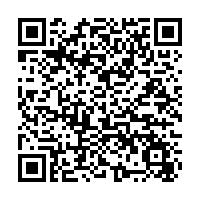