Kremlin Spokesman Dmitry Peskov told reporters on Wednesday that the August 23Sochi talks between Russian President Vladimir Putin and Israeli Prime Minister Benjamin Netanyahu “proved to be substantial and meaningful,” TASS reported. Commenting on media reports that Putin and Netanyahu had disagreed on Iran’s increasing involvement in the Syrian civil war, especially near Israel’s northern border, Peskov said “it would be wrong to assess the meeting that way,” adding, “The nature of the conversation was different.”

The denial came in the wake of Russian Foreign Minister Sergey Lavrov’s statement on Wednesday, warning Israel not to attack Iranian military positions in Syria after Israeli Prime Minister Benjamin Netanyahu had threatened to forcibly prevent an Iranian buildup on Israel’s northern border.

“Iran is busy turning Syria into a base of military entrenchment and it wants to use Syria and Lebanon as war fronts [in] its declared goal to eradicate Israel,” Netanyahu told UN Secretary General Antonio Guterres on Monday. “It is also building sites to produce precision-guided missiles toward that end in both Syria and in Lebanon. This is something Israel cannot accept. This is something the UN should not accept.”

According to the Russian presidential spokesman, the conversation between Putin and Netanyahu on the Iranian presence in Syria was “a continuation of the trust-based dialogue between Russia and Israel,” and the talks in fact, “were particularly meaningful.”

Peskov pointed out that Russia and Israel have been “cooperating in the most sensitive fields,” including cooperation between general staff and special services. “No one holds emotional conversations here,” the Kremlin spokesman stressed. “Interaction continues, the frequency of high-level contacts is the best proof for that.”

“It was a trust-based exchange of views on the situation in the region, the possible ways to ensure security in the border areas and so on,” Peskov concluded. 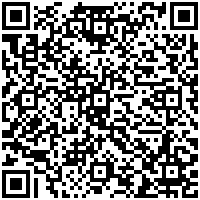