Major Wilhelm Trapp, who led of one of the most notorious Nazi killing squads in Poland, once said to his driver, “If this Jewish business is ever avenged on earth, then have mercy on us Germans.”

Most Nazis never did meet justice on this earth. That even a few did is largely thanks to a small group of individuals – both Jews and non-Jews – who refused to forget and forgive. They are the subject of a new book by award-winning journalist and author Andrew Nagorski, “The Nazi Hunters” (Simon & Schuster), available in bookstores on May 10.


The Jewish Press: What was the immediate reaction of Jews to their Nazi tormentors after the Holocaust?

Nagorski: Many people had a natural urge to seek vengeance. One of the characters I interviewed for the book told me he saw a group of concentration camp prisoners who, after their liberation, put an SS officer on a metal tray and fried him alive in the crematorium.

So that was the first impulse. But pretty quickly it transformed into an impulse not for vengeance but for justice. They felt there had to be individual accountability and there had to be a record of what had happened because the greatest fear of many survivors was that the world would quickly forget or even deny its existence.

The Allies tried a number of Nazi leaders after World War II but soon soured on holding trials and even commuted the sentences of some of those who had already been convicted. Why?

At first there was the question: What do you do with these people? Stalin suggested we just take out a whole bunch of them and have them shot. Then there was talk of trials, but Churchill was reluctant because he was afraid they would be show trials. The Americans, though, said we have to show that these people are responsible.

So that was implemented in the Nuremberg and Dachau trials. But with the advent of the Cold War, both the Soviets and the Americans were much more concerned about recruiting German scientists and getting West Germany or East Germany lined up on their side, so there was a lot of pressure to commute some of these sentences and stop some of the trials.

In the book you write about the Adolf Eichmann trial at some length and note that some prominent individuals – Isaiah Berlin and Erich Fromm, for example – were morally opposed to Israel trying him. Why?

Many people said it was going to look like vengeance. But Ben-Gurion’s government felt they needed this for internal consumption as much as anything else. Gabriel Bach, who is the last surviving member of the team that prosecuted Eichmann, told me there was almost a feeling of shame about the Holocaust in Israel, especially among the younger generation. They didn’t understand how Jews could go “like sheep to the slaughter.”

The Eichmann trial gave Israel a chance to educate a whole generation about how the Holocaust transpired – how Jews were deceived at every turn, how it was impossible in most cases to resist, and how when there were possibilities to resist, people did.

Several years after the Eichmann trial, Israel pursued and killed Nazi-collaborator Herbert Cukurs, who was known as the “Butcher of Riga.” Why didn’t they try him like they did Eichmann?

Cukurs had escaped to Latin America, and in 1965 someone posing as an Austrian businessman lured him to a house in Uruguay where a group of Mossad agents standing only in their underwear – so that no blood would get on their clothes – killed him. They then left a note saying this was vengeance for what he did.

This operation has always been cloaked in mystery since this was not the way the Mossad normally operated. When I talked to Rafi Eitan, who was the Mossad agent on the Eichmann case, his only explanation was that it must have been something personal. Maybe the parents of someone high up in the Mossad died at the hands of Cukurs.

After Eichmann, number 1 on the list of many Nazi hunters was Dr. Josef Mengele. He, however, managed to elude their grasp. Can you talk a bit about him and the efforts to find him?

He was known as the “Angel of Death” and was a particularly vicious person who sent countess Jews to their deaths and conducted really horrible experiments on people, especially twins.

After catching Eichmann, the Israelis made some efforts to find Mengele. A couple of agents were on his trail – one of them thinks he may have even seen Mengele walking on a country path – but then they were called away to work on a child custody case [the Yossele Schumacher affair].

Mengele drowned off the coast of Brazil in 1979, and his remains were definitively identified in 1985.

In addition to describing Israel’s forays into Nazi hunting, you profile a number of individual Nazi hunters in your book, including Simon Wiesenthal. Wiesenthal is somewhat of a polarizing figure among Nazi hunters with some regarding him as a hero and others as a publicity-seeking hound. What’s your take?

Even those who quarreled with Wiesenthal – including, most famously, Isser Harel, the head of the Mossad – give him credit for pressuring governments to put Nazi war criminals on trial, especially in the 1950s and ‘60s when most governments were turning away from this whole issue.

He kept up the momentum when it could’ve died and, with it, the whole era of Nazi-hunting. The fact that we have trials of elderly Auschwitz guards in Germany today is to a large extent the product of the early efforts of Nazi hunters – Wiesenthal foremost among them – not to allow the public to forget.

Perhaps the most interesting Nazi hunters featured in your book are Serge and Beate Klarsfeld. Can you talk a bit about them?

They are a fascinating couple. Beate, who isn’t Jewish, was born in Germany. Her father served in the Wehrmacht, and when she was growing up her parents didn’t speak much about the war or the Holocaust. When she about 20, though, she went to Paris to strike out on her own and met her husband Serge whose father had died in Auschwitz. At that point, Beate started discovering what had happened during the war and became this really radical Nazi hunter.

One of her more brazen actions took place in 1968 when she was so outraged that the German chancellor – Kurt Georg Kiesinger – had been a member of the Nazi party that she got a press pass to the Christian Democrats’ convention, walked up to the chancellor, and slapped him in the face.

Later, as a couple, the Klarsfelds went after top Nazis – most prominently Klaus Barbie – who had served in occupied France and were responsible for the murder of [tens of thousands of] Jews. They personally tracked Klaus Barbie down in Latin America and kept up the pressure on the French government to have him extradited and put on trial. He was, in fact, ultimately put on trial and died in prison.

A 94-year-old Auschwitz guard, Reinhold Hanning, is currently being tried in Germany for his role in the Holocaust. Some people wonder if putting such an elderly man on trial for crimes he committed 75 years ago makes sense. How do contemporary Nazi hunters today see it?

Each of these cases is seen as a way to bear witness to what happened. And since there are only a few of these people still left – just as there are fewer and fewer Holocaust survivors left – these cases become even more important. Individual testimonies are the most powerful tool to educate the world about what happened.

It’s interesting, by the way, that the Germans courts have finally accepted something they did not accept before. Today you no longer have to prove that an individual Nazi killed or tortured a specific person. It is enough just to show that his role was essential for the mass killing. So if you served as a guard in Auschwitz, for example, you were part of the killing machinery and can be held accountable.

Once this legal principle [was accepted in 2011], Germany started looking through the records of Auschwitz guards and other guards to see who was still alive, who was mentally capable, and who was in Germany. That’s where the Reinhold Hanning trial originated. 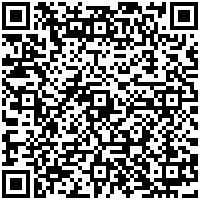