Dr. Laurie Sherman knows all about the small world, because she has been around it several times in her life. An extremely accomplished woman, the eldest child of legendary songwriter Robert B. Sherman, she uses influences from her worldly encounters in designing her own jewelry lines.

“I started welding and soldering in my early teens,” says Sherman. “My dad taught me. I was about 12 years old when I started the jewelry.” Originally from Beverly Hills, Sherman has lived and worked all over the U.S. and in England, France, Ecuador and Australia, where she further learned jewelry making. She has also worked in such exotic places as Tibet, Bangladesh, Northern Africa and India.


In 2005, Sherman and her husband, Dr. John Evans, found themselves in a tight financial situation. In addition to health issues, the couple had five growing children to support. It was around then that they met a gem seller, a fortuitous meeting that determined the next step of their journey.

She and Evans formed SatyaRising (Satya means “truth” in Sanskrit) in 2006, which became SatyaRising LLC in 2016. SatyaRising includes a Judaica line of jewelry as well as one celebrating the Sherman Brothers’ Disney songwriting legacy.

The Judaica line, which the Tucson Jewish Community Center will exhibit in December, started in an interesting way. An old high school acquaintance of Sherman’s contacted her through Facebook, asking if she would make a blue lapis, gold and silver Tree of Life necklace set for his wife. With this initial, serendipitous order, Ohr HaEmet Jewelry came into being.

“Laurie has been a delightful addition to our Jewish community and her work is magnificent,” says Ori Parnaby, Jewish Community Concierge for Jewish Tucson. “She has joined our local Jewish Artist group and will be joining with other artists in a show that will be held at the local JCC.”

Her Disney collection also started on Facebook. Realizing that she was related to the Sherman Brothers, people contacted her through the social media site, asking her to make Disney-related jewelry for them. Named after the Sherman Brothers’ autobiography detailing their work from before their celebrated collaboration with Walt Disney until the book’s publication, Walt’s Time Jewelry draws inspiration from such beloved characters as Mickey and Minnie Mouse, Alice in Wonderland and Mary Poppins. Sherman also uses this name as a nod to the Walt Disney Family Museum in Northern California, a major distributor, which only wants jewelry with characters representing Mr. Disney’s actual involvement. (Although Disney died at the end of 1966, he personally worked on films not released until 1967 and beyond.) However, Sherman also creates jewelry based on more modern Disney characters.

“He was like an uncle to me, or a grandpa,” says Sherman of Walt Disney. She worked as a singer for Disney from age 4½, and spent time in the studio with her father.

Sherman likes to tell the story of her life-changing encounter with the female elder of an Aboriginal tribe in northwest Australia. She had met a group of Australians at a conference she organized while working at Congressman Pete McCloskey’s field office after graduating from Stanford University. They asked her if she would bring her expertise as a non-violent action trainer to Australia, where she then worked as co-director of the National Environment Centre. After helping a group of Aborigines in Australia’s Kimberley Mountains procure land rights, Sherman and her coworker participated in a two-week clan gathering. “There were about 400 or 500 people at this clan gathering,” she says. “That would be my estimate.” Despite the lack of language between them, an elder woman from the tribe showed Sherman jewelry-making techniques, such as the painting and placement of beads and the logic behind it. “Every day, this woman would spend three or four hours with me,” she says. “It was great.” Sherman lived in Australia for five years.

While she has online catalogues, Sherman does not mass-produce her jewelry. She makes most of her pieces according to her customers’ specifications. She makes “mostly necklaces,” she says, as well as “bracelets, earrings, brooches, some kinds of rings… anklets… the odd glasses holder, cat toy, metal or wood jewelry box. I like working with gemstones and metals. I don’t like glass (to work with in jewelry).” Although it takes Sherman five or six hours to make one piece of jewelry, she says, “I love doing it. It sends me joy.”

A jewelry piece will sometimes have a metal stamping on it, usually to personalize it in some way, occasionally with Hebrew characters. Sherman makes a beautiful necklace with the words of the Shema metal-stamped on it. “I take and cure a metal piece,” Sherman says, “sometimes color it, and whack the metal into shapes, most often personalizing the metal. Then I make a bracelet, necklace, key chain, pendant, charm…”

Sherman gives 10-20% of her profits from jewelry sales to Greater Vail Community ReSources, which she helped start near her home in Tucson, AZ, in 2016. It runs the local food bank, among other things.

A true renaissance woman, Sherman learned from the best. Her father wrote countless well-known and beloved songs with his brother, Richard M. Sherman, most famously the Mary Poppins score and “It’s a Small World (After All).” However, Robert B. Sherman also had other artistic aspects to him. For years, he painted beautiful pictures, many of which reflect powerful scenes involving Judaism and Jews.

As for her business savvy, Sherman says, “my mother’s family was in retail.” Her maternal grandmother ran a family store in Wisconsin, and her mother’s brother owned women’s petite clothing shops “before ‘petite’ was a ‘thing.’”

You can see photos of Sherman’s exquisite jewelry at SatyaRisingJewelry.com and WaltsTimeJewelry.com, or on Facebook at www.facebook.com/jewelryatSatyaRising. She also sells her jewelry on Ebay, Amazon and Etsy. 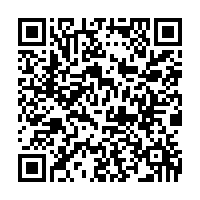