The accusation is one that nearly always guarantees terrorist attacks, Arab riots and worldwide unrest among millions of the faithful in the Islamic world. Perhaps that was why Erdogan aimed straight at the site, which is the heart and soul of both Judaism and Islam, and where the eyes of the world are locked in place around the clock. Such a claim was also guaranteed to immediately deflect attention from difficulties Erdogan is facing at home.

Speaking at the International Al-Quds Forum in Istanbul, Erdogan called on Muslims to ‘visit the Al-Aqsa Mosque often to protect the Muslim identity’ of the Temple Mount, according to a report by the Turkish Daily Sabah newspaper.

“As a Muslim community, we need to visit the Al-Aqsa Mosque often; each day that Jerusalem is under occupation is an insult to us,” Erdogan was quoted as saying.

He added the international community has been silent in the face of what he called Israel’s “massacres and cruelty” to Arabs in the Palestinian Authority, further whipping up a frenzy of hate against the Jewish State.

This, after last year’s fragile return to diplomatic ties with Israel brought with it permission for Turkey to enter Gaza, bringing in construction supplies and other items generally not allowed without very close supervision. Erdogan has long been a warm supporter of the Hamas terrorist rulers of Gaza, and the Muslim Brotherhood organization that gave birth to Hamas. But Monday’s open attack and clear attempt to ignite a third intifada from the steps of the Temple Mount came as a surprise to many.

Moreover, Erdogan went on to raise fierce objections against an Israeli legislative measure intended to limit the use of outside loudspeakers – the time of day and the volume – employed by mosques for their traditional calls to prayer, which are broadcast five times a day, including in the middle of the night, at about 3 am.

The number of mosques built in mixed residential communities has grown in recent years, and so too has the volume of the loudspeakers calling the faithful to prayer. The most recent version of the bill prohibits the use of loudspeakers only between 11 pm and 7 am, and the measure has yet to be debated and revised in committee before it is returned to the Knesset plenum.

At no time was there ever a motion or ban for “morning prayers to be silenced in Jerusalem” as Erdogan claimed in his fiery speech.

“A draft bill, which aims to ban call for morning prayers in mosques [in Jerusalem], is still waiting in the Israeli parliament. The fact that such an issue is even coming to the agenda is shameful. The fact that those who talk about freedom of thought and faith at every opportunity actually approve this step by remaining silent is noteworthy. Inshallah, we will not allow the silencing of prayers from the heavens of Jerusalem,” Erdogan declared, according to the Turkish Hurriyet Daily News.

One might almost be drawn to linger and question the posturing, if the potential results of all that drama weren’t so deadly.

Why indeed? Especially since the wail of the muezzin is not really a prayer, but rather a call to prayer, if one is being picky about the specifics.

And why would the president of Turkey be so frightened of domestic Israeli politics and laws that he feels the need to spend nearly his entire international speech railing against what isn’t really relevant to him? 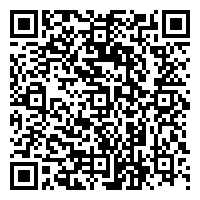