Israeli Foreign Ministry spokesperson Emmanuel Nahshon said in a statement Monday night, “Those who violate human rights in their country should not preach morality to the only democracy in the region.

“Israel consistently protects total freedom of worship for Jews, Muslims and Christians – and will continue to do so despite the baseless slander launched against it.”

Nahshon made the statement in response to numerous attacks by Turkey’s President Recep Tayyip Erdogan during a speech at the International Al-Quds Forum in Istanbul earlier in the day.

Erdogan openly called for Muslims to flood the Temple Mount ‘in solidarity with their brothers in the Palestinian Authority’, saying “

He also castigated the international community for silence in the face of what he called Israel’s “massacres and cruelty” to Palestinian Authority Arabs, and claimed that Israeli lawmakers are in the process of advancing “a draft bill which aims to ban call for morning prayers in mosques… Inshallah we will not allow the silencing of prayers from the heavens of Jerusalem,” he declared dramatically from the podium” — clearly intending to inflame and ignite another intifada-like round of Arab violence in Israel.

Turkish police this week raided the Belge Yayinlari Publishing House in Istanbul, claiming it had links to the far-left Revolutionary People’s Liberation Party (DHKP/C) and seizing 2,170 books, according to direnisteyiz5.org . Editor Mehmet Ali Varis was also briefly detained, and then released.

The publishing house is small, and until the Sept. 12, 1980 military coup, it focused mostly on academic texts, according to the Turkey Purge site. After the coup, the publishing house produced a series of 35 books authored by political prisoners, allegedly consisting of “poems, short stories and novels.”

In the first week of May, more than 890 people were detained in operations targeting the Gulen movement, and 41 were arrested in connection with posts on social media allegedly praising or promoting the activities of terrorist organizations, according to a statement Monday by Turkey’s Interior Ministry.

Since the failed coup of July 15, 2016, the government has investigated 149,833 people, according to a statement by Turkish Justice Minister Bekir Bozdag; of those, 48,636 were imprisoned.

Two days ago, 107 judges and lawyers were sacked, according to state-run media, and state prosecutors demanded their arrest. Since the coup, some 4,238 judges and lawyers, one third of the total number in Turkey, have now been sacked. More than 100,000 civil servants have been fired and 47,000 suspects are currently under investigation into the Gulen movement which is accused of having generated the coup. Fethullah Gulen himself, still living in the United States, denies any involvement in the coup. 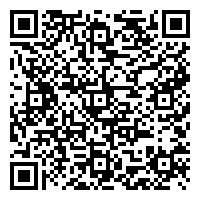