I do not know if my May 26, 2021 interview with Jackie Mason was his last, but it is certainly odd to consider that it’s a possibility.

I am a rav, unmoved by fame, its trappings and the powerful yetzer hara it could bring. However, I am also an amateur historian, focusing primarily on early American rabbanim and Jews, writing a series on this topic in Ami Magazine.


Jackie Mason was not on my radar. Although, like most people, I was aware that he served as a rabbi before trading the pulpit for a stage, my focus is on rabbis in colonial times. At the rate my research is going, it will be many years before I even arrive at the 20th century.

However, two things brought me to that lunch in Tov Taam in Manhattan’s Financial District several weeks ago.

The first was a meeting with Rav Shlomo Singer, rav and rosh yeshiva of PTI – Passaic Torah Institute. Rav Singer’s life is one of Torah and affection for all Jews. His teenage years were spent in the yeshivos of – and a close relationship with – Rav Moshe Feinstein and Rav Ahron Kotler, from whom he was inspired in not only how to think but how to love.

During our long conversation he mentioned the following: “Rav Moshe would always ask Yaakov Moshe (Jackie) to emcee events. Rav Moshe loved to see the talmidim happy and laughing. And he loved Yaakov Moshe…”

“Do you mean Jackie Mason?!” I interjected.

“Yes. You have to realize that Jackie’s father was one of the gedolim of the last generation, on the level of Rav Moshe himself!” Rav Singer stressed.

While some may be tickled at such information, I could not help but feel a tinge of melancholy. I would give anything to serve at the feet of Rav Moshe, and yet he left it all behind. I was not judging Jackie Mason, rather, as a teacher myself, I could not help but to see this from another perspective – wondering how painful this must have been for his rebbeim, specifically Rav Moshe.

It was a fleeting thought, and I moved on, back to that conversation.

It was several months later, and I was walking home from shul with a wonderful ballabuss in my shul, Lee Rosenbloom. Lee owns and operates an antique and specialty shop in Manhattan. He could find valuables, watches and other accoutrements of all kinds, making his business a popular destination for the rich and famous.

He shared with me his long relationship with the Masons and their potential interest in meeting me for a lunch. After all, I write about American Jewish history, and he is certainly a part of that story.

“They are expecting your call,” he concluded.

And so I called Jackie’s dedicated wife who soon put Jackie on the phone. Before I knew it, a date and time was set.

While the plan was just to talk for 20-or-so minutes, our lunch lasted an hour, and could have gone on for longer if I did not have to leave to give a shiur across the city. (Below is the first time this interview has been published.)

Of course, we began by talking about matters everyone is well aware of by now. His career in rabbanus and how more Gentiles would come to his drashos than members of his own shul. We talked about being a rav in a small town; how there was no mikveh and how he had to run their Talmud Torah and go door-to-door of the members.

He was still sharp and funny. When my wife asked me to describe the lunch, the best description was to say, “It was exactly what one would imagine lunch with Jackie Mason would be like.”

While other rabbis suggested I probe if he ever has regrets leaving the olam haTorah, I did not feel this was an appropriate line of questioning, or the kindest method to discover his relationship with Torah. Just because someone is famous does not mean they are public vassals. Personal questions remain just that – personal – and one lunch does not give me access to probe any longing within his soul.

The meeting was recorded. We went through the life of his illustrious father, his growing up and, as mentioned, his rabbanus.

He described growing up on the Lower East Side (where his family moved after his father left his rabbinical position in Sheboygan, Wisconsin). “It was a good life. Everything one needed was found within those four blocks…but if you left those four blocks, your life was in danger…. Jews then were considered like refugees.”

Our conversation was very candid, and one tidbit shared from his career I believe is safe to share now. His wife explained how he was interested in starting a podcast, as he retired from the stage four years ago.

“It just got too difficult for him” she explained.

She stressed that this struggle had nothing to do with his age or mental agility, rather due to politics. He has always been very pro-Israel, and people on the other side of the spectrum have lost the ability to laugh along with opinions about which they have disagreements. Venues and bookers would call – even after a sellout – asking not to make jokes about certain candidates, presidents, etc.

But I had one thing on my mind, one subject I wished for him to address: Rav Moshe Feinstein.

“Tell me, do you recall Rabbi Moshe Feinstein?”

“Sure! He was my rebbe…he gave me semicha.”

“Do you still have the semicha, that paper?”

Perhaps he was trying to deflect from this line of questioning, or perhaps it was only natural for him, but he started to make jokes.

Perhaps he wanted to move on, but right or wrong, I was now locked in.

“Tell me about Rav Moshe.”

He shared how Rav Moshe loved him, always stopping during his shiur to smile at him as Rav Moshe would then laugh and say, “Nu, Yaakov Moshe, nu?” as if asking the young student if he enjoyed the novel insight.

“But tell me more about him.”

“He always smiled when I walked into a room. He loved everyone.”

Still trying to get a sense of their relationship, I gently pushed, “That is so special, but tell me, what was he like?”

“Do you know what the word anav means?” Jackie Mason asked. I nodded and he continued, “Well, that was Rabbi Feinstein. He was the most modest man, and he had every reason not to be.”

Finally, I asked the question I’ve been saving until the end.

“When was the last time you saw Rav Moshe?”

Before answering, he asked, “Remind me, when did Rav Moshe pass away?”

He went on to explain that he visited Rav Moshe frequently, never losing his respect and love for the gadol.

“You know his son and my friend Dovid, who was just niftar?” he asked, referring to Rav Dovid Feinstein. “Up until a few years ago we talked on the phone a few times a year. He would call me, and sometimes I would call him.”

Perhaps I am a victim of today’s generation where they so casually throw off all yokes of their past, for I was nonplussed by what he was telling me.

I was then surprised to hear myself ask him, “What did you speak about with Rav Moshe Feinstein and Rav Dovid while you were this famous celebrity comic? Did they plead with you to return?”

“Just love. They only showed me love.”

Jackie Mason then looked me dead in the eye and said the following three words:

One must be a pikayach (shrewd) to recognize each person’s needs and what will keep them close or turn them away. Rav Moshe loved Torah more than life itself, yet was able to bite his tongue if he felt it was a moment for love, affection, and warmth.

And another lesson I took home that day: One never knows who could be a bridge to past gedolim. 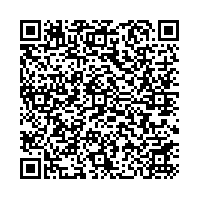