The Nazis needed to take some Jews hostage in order to guarantee the obedience of the Jewish leadership in Hungary during the deportations to Auschwitz. And this is clear from Kastner’s own postwar report where he describes the terms of the deal he made with Eichmann. The original terms were that 1,684 Jews would be taken out of Hungary and kept for a few weeks in a Nazi camp in Strasshof, Vienna and only then sent to the free world. And those weeks would coincide with the planned Nazi deportation of Budapest’s Jews to Auschwitz.

You write that Kastner traveled to Vienna toward the end of the war as a guest of the Nazis and later visited several concentration camps along with Nazi official Kurt Becher. This behavior seems rather bizarre.

Yes, the interesting thing is after the Kastner Train’s arrival in Switzerland, Kastner went to Switzerland and never returned to Hungary even though tens of thousands of Jews in Budapest were being massacred by fascists and a rescue operation was desperately needed.

But he didn’t go back to Hungary. Instead he left the free world and went to Nazi-controlled Vienna to meet Kurt Becher, who had been Himmler’s representative in Hungary. And once in Vienna, he didn’t stay with what remained of the Jewish community, but rather in the Grand Hotel, which was the headquarters of the SS. His room there was arranged by Dr. Karl Ebner, the deputy head of the Gestapo in Vienna. So at that point Kastner was actively moving among the inner circle of Nazi war criminals.

With regard to the Nazi concentration camps, the order came from Himmler. Kastner and Becher were to visit the concentration camps and make a show of handing them over peacefully to the Allies in order to create an alibi for Himmler.

Why did Kastner play along with this farce?

Because he understood at that point that he was in severe danger of being condemned as a collaborator after the war. So he had an incentive to help the Nazis if it created a joint alibi for all of them – Himmler, Becher, and Kastner.

At the Nuremberg Trials, Kastner actually submitted an affidavit on behalf of Kurt Becher, correct?

Yes. He gave an affidavit for Becher most famously. But he also provided one for Eichmann’s right hand man, Hermann Krumey, and the commander of the Waffen-SS, Hans Juttner. He also intervened in an attempt to stop Wisliceny’s execution. But he was too late for that.

Your previous writings have concerned Israel and anti-Semitism. How did you come to write a book on Rudolph Kastner?

When I first became interested in Kastner, I assumed he was innocent. Recognizing him as a traitor came as a real shock. I then became increasingly appalled at the way Kastner’s supporters ignored or dismissed the Holocaust survivors who had spoken out against him. I wrote this book because as a Jew I felt a strong obligation to these Holocaust survivors to make sure their testimony was not forgotten. 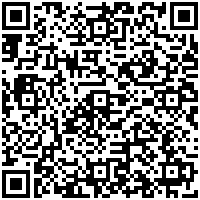