In November, Dani Dayan, the new chairman of the Yad Vashem World Holocaust Remembrance Center in Jerusalem, spoke in New York City at the virtual gala of the American Society for Yad Vashem (ASYV). The gala marked the 83rd anniversary of Kristallnacht. Later, he spoke with The Jewish Press about the goals of Yad Vashem and his vision for fighting the spread of anti-Semitism.

The Jewish Press: You visited the U.S. Holocaust Memorial Museum in Washington, and now you are here in New York with ASYV on the anniversary of Kristallnacht, the tragic event that took place in Austria in November 1938. What is the goal of your trip to the United States?

Dani Dayan: We have a very close relationship with the ASYV, and so I came to the commemoration of Kristallnacht, or as we refer to it in Germany, the November pogroms, but not exclusive for that, but also to address the growing anti-Semitism in this country. This is also my first visit to the U.S. as chairman of Yad Vashem.

Yad Vashem was established in 1953 and has multiple facilities that serve as research centers, museums and memorials. It is the second most visited tourist site in Israel after the Kotel. What would you say is the main purpose of an institution like Yad Vashem?

I believe that Yad Vashem has four main purposes, the first is to be a place of mourning, a place to bow your head and pray silently rather than waving flags. Second, we have an obligation to know as much as possible about the Holocaust – to the point of obsession. I am very much attached to the concept that says the Holocaust was not the murder of six million Jews, it was six million murders of one Jew each.

The third is to identify and to relate to the Holocaust and its victims. As we say on Pesach, in every generation a person must see himself or herself as if we personally had left Egypt. I think for sure every Jew has to see himself or herself as if we were personally liberated from Auschwitz. And fourth is the vital necessity of a Jewish state and the fact that anti-Semitism should be confronted in its early stage, not letting it grow to horrendous dimensions.

Tell us a little about yourself.

I grew up in Argentina. I was born in 1955 so I grew up during the 60s and I believe that Buenos Aires had the best Jewish education and network in the entire Jewish world in those days. I don’t know if it continues to be such as it was then. I grew up in a very Zionist family, with total consciousness of my being Jewish, though I must say I don’t remember any instances of anti-Semitism during my childhood. The only reason we moved to Israel in 1971 is because we wanted to live in Eretz Israel, for ideological and Zionist reasons.

You have an amazing career as a mover and shaker in Israeli politics. How did you ultimately end up as chairman of Yad Vashem? Was this something you always wanted to take on at some point in your career?

When I returned to Israel from New York after four years as Israeli Consul General in August 2016, I wasn’t sure if I’d be able to find another mission as fulfilling and impactful as representing the Jewish state in one of the largest Jewish communities in the world, the United States. But yes, eventually I was approached by the minister of education and asked if I would like to take the helm of Yad Vashem, and if you are a Jew like me with deep historical consciousness, you say yes.

What are some of the main challenges Yad Vashem faces today and how do you plan on tackling these challenges?

No doubt one of the main challenges is the fact that we are approaching the inevitable period in which there aren’t going to be any more Holocaust survivors among us. That will make Yad Vashem’s mission much more difficult but also much more vital. We will have to be the ones who convey the message for all who went through those dark years. And so now we relentlessly gather documents and testimonies and artifacts. Everything related to the Holocaust is important to us and we call on every person that has documents or artifacts or who can give testimonies about victims or survivors to call us – and do it now.

The other challenge is Yad Vashem is about the past but it’s also about the future, the dangers of anti-Semitism, and we know now that if it happened once it could happen again. And when you have a regime like the Iranian regime that calls openly for the annihilation of Israel I think we have the obligation to convey to world leaders the message that an appeasement policy is not the right way to deal with a genocidal regime.

Many might be surprised to learn that Yad Vashem has a program to also give honor to non-Jews who played a vital role in saving Jews in the Holocaust. Can you explain how this program works?

Yad Vashem is the only organization that has the authority to grant the title of “Righteous Among the Nations” to a non-Jew who endangered his life in order to save Jews. And we still continue to receive applications from descendants, whether they be from the savior or the saved person. We continue to bestow that award on dozens of people every year. Many of them are already deceased so the honor is given to their descendants.

The Jewish Press covered a story a few weeks ago about a boy on Tik Tok who received thousands of anti-Semitic hate comments when a video was posted of him putting on tefillin. Are young people today more hostile to Jews and ignorant of the Holocaust than in the past? What role does social media or our educational system play in this phenomenon?

Definitely social media is a hotbed for distortion and bigotry and anti-Semitism and it should be dealt with. When I came to this country to serve as consul general, I must admit I thought the issue of anti-Semitism in this country was being overblown, and I didn’t believe it would be high on my agenda. But then in August 2016, after I arrived here, there was the period of desecration of cemeteries, and a swastika in a shul here in Manhattan. But my first watershed moment was Charlottesville, with Neo-Nazis waving the Nazi flag in the streets of an American city. I think that for most democratic countries it would be morally abhorrent but also criminally punishable. That was my first shock, and I understood that I underestimated the gravity of the problem. But then came Pittsburgh, which was in my jurisdiction, in which 11 Jews were murdered while davening on Shabbos, then Poway, Jersey City and Monsey… so I was completely wrong, and today l believe that Yad Vashem has an educational and public responsibility to deal with this. I met (recently) with the Secretary-General of the United Nations, António Guterres. I met with New Jersey Governor Phil Murphy, and will continue to raise the issue with [ different] leaders constantly.

I have heard there is concern among Jewish advocacy groups that our young Jewish people are also becoming more distant from understanding the atrocities of the Holocaust. What would you say to our Jewish youth about understanding their history and being more engaged in the fight against anti-Semitism?

To young Jews outside of Israel, I would ask first that they visit Israel. It’s extremely important, and when you visit Israel, come to Yad Vashem. You will get a unique perspective of Jewish history but also learn what you should do in order to preserve your Jewishness. Many mistakenly speak of Yad Vashem as a museum. More correctly it is an institution that also includes a museum, and it is so much more. I think we have many ways for even modern young Jews to discover their Jewishness and why their allegiance to Judaism should be strengthened. 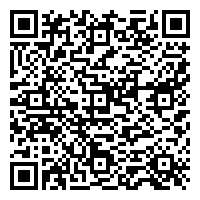