Of all the students of Rabbi Joseph B. Soloveitchik (1903-1993), perhaps none is as famous as Rav Hershel Schachter. Rosh yeshiva and rosh kollel at Yeshiva University’s Rabbi Isaac Elchanan Theological Seminary for over half a century, Rav Schachter is an esteemed posek (he is senior posek for OU Kosher), a popular speaker, and the author of a number of sefarim, including three on Rav Soloveitchik, Nefesh HaRav, Mipninei HaRav, and Divrei HaRav.

A resident of Manhattan’s Washington Heights neighborhood, Rav Schachter is the father of nine married children. His youngest son, Rabbi Shay Schachter, rosh beis medrash at the Young Israel of Woodmere, has recently become a popular Torah teacher in his own right.


The Jewish Press: What’s your background?

Rav Schachter: I was born in Scranton, Pennsylvania, where my father had his first rabbinical position. He later became a rabbi in Philadelphia where I went to the local day school, which was called Beth Jacob; my wife says she’s so frum because she married a boy from Bais Yaakov.

But Beth Jacob only went to the fifth grade, so after that my parents sent me to New York where my mother’s parents lived. I went to [Yeshivas] Salanter in the Bronx and then to [Yeshiva University’s] TA for high school. In my third year of high school, I had a rebbe who recommended that I be placed in Rav Soloveitchik’s shiur; I stayed there for 10 years.

Rav Soloveitchik’s 25th yahrzeit is coming up on Chol HaMoed Pesach. Many people speak of his shiurim with reverence. What made them so special?

Rav Soloveitchik had a tremendous power of oratory. He could take the most complicated Gemara and make it easy. He could talk for hours and you’d sit glued to your seat fascinated. He was unbelievable. When he had yahrzeit for his father, he used to give a shiur for four hours. People flew in from out of town to hear it.

He was fantastic, and he had so many traditions from his father and both his grandfathers. His grandfather on his mother’s side was Rav Eliyahu Feinstein, Rav Moshe Feinstein’s uncle. I remember when I published my first sefer on Rabbi Soloveitchik, one of Rabbi Gifter’s sons-in-law said to me, “Wow, Rabbi Soloveitchik had something to say on every page of the siddur and Chumash!” It’s true.

Why is there so much controversy over the legacy of Rav Soloveitchik – with both religious conservatives and religious liberals claiming him as their own?

What would he say about the current movement to appoint women as rabbis in Orthodox shuls?

Yes, but they don’t care what he said.

Some claim, however, that Rav Soloveitchik was understanding of modern movements and tried to give leeway sometimes.

He was very understanding, but he said, “You’ll never satisfy the women’s libniks, no matter how much you give in to them. They just want to change the whole Torah.”

What’s your opinion on publishing women’s pictures in newspapers – an issue that people have been talking about recently?

I think it’s a little silly, leaving out women as if women don’t exist in this world.

People say it’s done for reasons of tzinius – that it’s not proper for men to see women’s pictures.

If the women are half undressed, okay, don’t print it. But we walk on the street and see women on the street. Some of the laws of tznius are societal. The Sefer Chassidim writes that we don’t say “she’ha’simcha bimono” at a Sheva Berachos if the crowd is mixed because the Shechinah won’t be there. But the Levush (late 1500s, early 1600s) writes that it doesn’t apply anymore because [seeing women] became normal.

We live in a mixed society. Maybe in the days of the Sefer Chassidim if they had newspapers, it wouldn’t be appropriate to publish women’s picture because women didn’t walk on the streets. But we live in a different society.

Purim is approaching. What’s your opinion on the current level of drunkenness one sees on this day?

It’s scandalous. Purim is supposed to be a celebration of kabalas haTorah, accepting the Torah. In the days of the second Beis HaMikdash, there were many yamim tovim d’rabanan, all of which were batul after the churban habayis, except for Chanukah and Purim. Of all these yamim tovim, only one had a chiyuv seudah: Purim. The Gaonim had the girsa in the Gemara that the reason Purim is different is because it’s yom kabalas haTorah.

The words “kimu v’kiblu” [which we read in the Megillah] mean that there was another kabalas hatorah, so l’kavod kabbalas haTorah you have to make an elaborate meal. Purim is supposed to be a serious holiday. We really should stay up all night learning Torah.

Isn’t it also a happy day on which we celebrate our salvation?

Okay, so you drink a little until you become drowsy and take a nap as the Rema says in Shulchan Aruch, but it’s not supposed to be the Jewish Halloween. It’s scandalous.

Not long after Purim comes Pesach. Many people obsess over how much matzah they are supposed to eat at the Seder. Your definition of a kezayis, though, is rather smaller than what’s currently popular.

I don’t know what’s popular. My father-in-law spent about two years by Rav Shimon Shkop rewriting the Shaarei Yosher. Rav Shkop asked the mashgiach from the Mir Yeshiva, Rav Yeruchom Levovitz, for a bachur who had a nice style of Hebrew, so he sent my father-in-law. He was there about two years, so he ate the Seder by Rav Shimon Shkop. He said five boys ate a kezayis from one matza. That’s a pretty small kezayis.

Didn’t you once say a kezayis is the size of the palm of one’s hand?

So why do people think a kezayis is much larger than that?

Exaggeration. They like to exaggerate about everything – l’hachmir and l’hakeil. Everybody exaggerates.

You are known as being in favor of wearing techeles nowadays. Why?

It says in the Chumash that we should wear techeles.

But people claim we don’t know what authentic techeles is anymore.

Okay, but there’s a very strong possibility that the [techeles produced by Ptil Tekhelet in Israel] may be the correct techeles, so if there is a possibility, safek d’Orasia l’chumra.

There is a growing movement in Israel of frum Jews ascending Har Habyit after going to the mikveh. What’s your opinion on this movement?

How do you go on the Har Habayis? We’re going to be responsible for the demise of the Rabbanut. It will be a disaster. As bad as the situation is now, it’s going to be worse if there’s no Rabbanut.

Haven’t you said in the past that one may, in theory, walk on certain parts of Har Habayis?

Yes, but if the Rabbanut said you shouldn’t go, you have to listen to what they say. If they say a kula and you want to be machmir, gesunterheit. But to be meikel against them I think is not right. 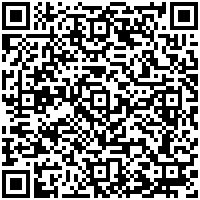