President Trump, please don’t fall for FAKE NEWS! In your recent interview with the ‘Israel HaYom’ newspaper, you answered a question about settlements by saying:

“We will be talking about settlements. The settlements are something that very much complicates and always have complicated making peace, so I think Israel has to be very careful with the settlements.”

When I read this, I was a bit puzzled. Was this President Trump being interviewed, or was it President Obama?!

President Trump, I’m sure you are familiar with the story of the little Dutch boy who put his finger in the dike and thus saved the day by preventing the leak from bursting wide-open. The settlements in Judea and Samaria — the heart of the State of Israel — are preventing the gates of Islamic terror from bursting wide-open and flooding Western civilization with its evil plans of death and destruction!

President Trump, I have a theoretical question for you: If the leaders of ISIS were to approach you, and offer to lay down their guns, and stop their war against the West, on one condition: that you allow them to establish a state in the heart of America – let’s say in Nebraska, Colorado, or Kansas. Would you agree? I’m sure you wouldn’t, and rightfully so, because a) the United States belongs to the United States and no one else, and b) you wouldn’t trust them as far as you could throw them!

President Trump, the settlements in Judea and Samaria are just like the little Dutch boy’s finger — they are preventing the establishment of a PLO/Hamas/ISIS terrorist state in the heart of our one and only country, that would endanger the lives of millions of Jews (and Arabs), and threaten the very existence of the State of Israel. But the evil wouldn’t stop there.

In that same interview, President Trump, in regard to President Obama, you also said:

“He gave you the Iran deal, which basically is a deal that says let’s ultimately do bad things to Israel. Obama was terrible. He was absolutely terrible for Israel.”

To our great dismay, President Trump, concerning the settlements of Judea and Samaria, which are no less vital to Israel’s security than preventing Iran from obtaining nuclear weapons, you’ve fallen for FAKE NEWS, just like President Obama.

(Yonaton Behar made aliyah to Israel in 1984, and lives happily in the community of Har Bracha in the Shomron with his wife, 6 children, and 6 grandchildren) 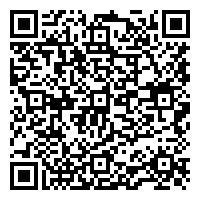