The British Embassy in Israel has announced the launch of a new initiative to streamline innovative Israeli medical technology into the British National Health Service (NHS). The initiative will see 2-3 nominated Israeli health startups provided with tech support from IBM as well as guidance from DigitalHealth.London to assist in penetrating the British healthcare system.

The program was launched as a joint venture between the British Embassy in Israel and British businessman David Dangoor, an Iraqi born Jew who fled to the UK in 1959.


“This will deliver Israeli innovation and technology for the good of the British people,” UK Ambassador David Quarrey said during the launch of the initiative at his official residence this week.

“I believe this initiative can have a transformational impact,” he said.

The initiative is sponsored by Dangoor, a philanthropist who believes that global society is on the verge of a dramatic change in the way it approaches healthcare.

“We are absolutely at the threshold of a healthcare revolution. Israel is in a supreme position to take advantage and carve a lead in this,” Dangoor said.

The project comes following the establishment of the UK-Israel Tech Hub in 2012, which has seen more than 80 new business partnerships develop between the two countries. According to recent figures, in the 12 months following Brexit, the number of Israeli companies setting up in the UK has increased by 28 percent compared to the 12 months prior to the referendum.

The initiative will run for four semesters over two years and will include a business trip to the UK to allow the companies to better understand their market. 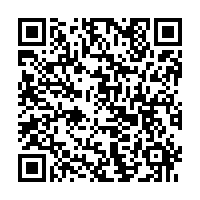