Lawrence Schiffman is a professor at New York University, an expert on the Dead Sea Scrolls and Second Temple era, and the author and editor of over a dozen works.

What books are currently on your nightstand?

I actually don’t have a nightstand. But on the right of my desk is a volume of Hebrew inscriptions from the biblical period for a class I’m giving this semester on the historical grammar of Hebrew; to my left are books about Second Temple and rabbinic history for an article I’m working on; on the floor are books on the history of the biblical text and the Dead Sea Scrolls for that same article, and on a table upstairs is my Gemara for the Daf Yomi, the equivalent Yerushalmi that I learn as well, and a smattering of other sefarim such as HaKashrut and a collection of the Lubavitcher Rebbe’s teachings on prayer called Sha’are Tefillah.

Another table houses the books I use to prepare for the daily shiur in Mishna that I give at the Young Israel of Great Neck.

The Rambam’s Moreh Nevuchim. It’s a model for my entire life and represents an understanding of the issues that underlie what happens when a believing, observant Jew enters the world of scientific scholarship.

I read a lot of mysteries until I discovered that I could solve them all by figuring out who the extra character was; he usually turned out to be the perpetrator. I also read books about science, but at the same time fell in love with Graetz’s History of the Jews and a set called Views of the Biblical World that I got for my bar mitzvah. I guess these things started me on Jewish history and archaeology.

I would say a combination of Chaim Rabin’s Qumran Studies and Jacob Licht’s commentary on the Dead Sea Rule of the Community since these books convinced me of the possibility of advanced technical research on the scrolls from a Jewish studies point of view.

I’ll answer this question in a much more general way. There is an amazing disconnect between the phenomenal scholarship being produced by American Judaic Studies scholars and the Jewish community’s reading habits. Most of the unbelievable contributions to virtually every subfield go unreviewed in Jewish publications and have little impact on the community. Innumerable volumes deal with every facet of Jewish literature, thought, and history, and yet very few are being read in the community.

As an expert on the Dead Sea Scrolls, what books would you recommend to someone interested in this subject?

I would suggest my own introductory volume, Reclaiming the Dead Sea Scrolls, as well as the various introductory works of James VanderKam. I would also recommend Jodi Magness’ work on the archaeology of Qumran for those interested in this aspect.

How about books on the Bayis Sheni period?

Books about Christianity and New Testament studies. These fields are essential for the study of ancient Judaism, and early Christian writings have enormous amounts of information for Jewish historical research. Much of what we know, for example, about Jews in Asia Minor and the Greek Isles in the first century CE derives from the Pauline Epistles.

I have close to 10,000 books, covering all kinds of things in Jewish studies. I am fascinated by the history of minhagim, and another interest one can see reflected in my library is the history of Jews in the Arab and Islamic world and the connection of that history to the difficulties faced today in the Middle East.

A full-scale history of American Orthodoxy. We have numerous important works, but no overall volume.

Disappointing, overrated, just not good: What book did you feel you were supposed to like, and didn’t? Do you remember the last book you put down without finishing?

I was very disappointed with the revision of the Encyclopedia Judaica. A tremendous opportunity was lost by entrusting this work to too small a group and one that lacked a sufficiently creative vision for a project of this importance.

What do you plan to read next?

Since I am teaching a course on the historical grammar of Hebrew for the first time, I will be spending an enormous amount of time reading articles from the wonderful new Encyclopedia of Hebrew Language and Linguistics.

Readers may not believe this, but in 1972 when the Encyclopedia Judaica came out in the first edition, my wife and I (she is a Judaica librarian at Yeshiva University) spent most Friday nights reading articles from the encyclopedia. I can even tell you that in the first printing the picture of the Judea Capta coin was upside down. 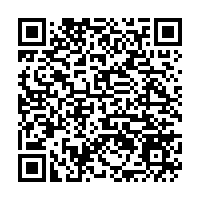