Rabbi Steven Pruzansky heads Congregation Bnai Yeshurun in Teaneck, NJ, serves as a dayan on the Beth Din of America, is the author of three books, and runs a blog at www.rabbipruzansky.com.

What books are currently on your night stand?

Herman Wouk’s This Is My God is a classic (well written, of course), but I would also recommend Lehavin U’lehaskil: A Guide to Torah Hashkofah by Rabbi Eliezer Gevirtz and To Live As a Jew by Rabbi Hayim Donin.

What kind of reader were you as a child? What were your favorite books and authors?

The first book I remember reading is the first book I ever owned, at seven years old, purchased through Scholastic magazine, called Escape from Warsaw. I probably read it 50 times. It was about a boy who fled the Nazi invasion and years later met up with his father who was taken prisoner – although the book doesn’t mention Jews or the Holocaust.

I read all the Hardy Boys and Perry Mason books and, for a time, as a teenager, Frederick Forsythe’s books. Since age eight or nine, I have read non-fiction almost exclusively, beginning with presidential biographies (I could name all the presidents and their terms in office when I was eight years old) and many books of politics and history – especially U.S. history, World War II, and thereafter.

When I was 17, I reviewed the sedra each week with Rav Samson Raphael Hirsch’s commentary on Chumash. It opened my eyes. I had never before seen the Torah presented in such a holistic way, with every particular of the Torah system accounted for.

I wouldn’t say he is unknown, but I wish Rav Aviner’s sefarim had a wider audience in America. His range is astonishing, and his insights are always compelling. But it requires a greater fluency in Hebrew than most American Jews have. Fortunately, an increasing number of his books are being translated into English.

How living the Torah life is the secret to human happiness and personal fulfillment, with examples of how the various mitzvot tap into each dimension of the entire gamut of human experience.

I don’t read novels. I used to say that I read the New York Times for fiction but for years now I just read the Wall Street Journal. That being said, I once read Rav Kook’s positive approach to fiction, as providing readers with the capacity to see the world beyond themselves through the prism of the life experiences of others. I accept that, but I get the same perspective from reading history.

I have read most of Rav Haim Sabato’s novels in Hebrew, but those are largely autobiographical in nature.

Politically, you tend to lean conservative/libertarian. Are there any good books you would recommend on the connection between Judaism and conservatism/libertarianism?

I heartily recommend the works of Rabbi Daniel Lapin. I would note – with humility of course – that my Tzadka Mimeni: The Jewish Ethic of Personal Responsibility [also touches on this topic].

It is important to add, though, that the frame of reference is always Torah. To the extent that a particular conservative or libertarian doctrine conflicts with the Torah, that doctrine is rejected and does not factor into my worldview. That being said, conservatism adheres closer to Torah hashkafa than does today’s liberalism, a point that many, if not most, Orthodox Jews recognize.

There are staples that I have not read: The Diary of Anne Frank, Exodus, and others of that genre. I’ve just never gotten around to them.

I am one of those people who always finishes a book I start, sometimes assuming that it has to say something or will get better. If it is a book drawn from the social sciences that begins to get repetitive, I’ll speed read through some chapters. But it’s hard not to finish a book.

Aside from the ones I’ve written? There is a multi-volume set of the collected writings of Rabbi Meir Kahane, drawn extensively from columns in The Jewish Press over the course of several decades. He was obviously a controversial figure and not all his solutions are operational, but it is incontrovertible that he diagnosed the problems that would afflict American Jewry and the State of Israel long before anyone else realized them.

Reading what he wrote in the 1970s and 1980s about assimilation, intermarriage, the looming Arab threat to Israel and the world, the dangers of retreat, and the tendency to water down and compromise the Torah, one would think they were written in the last 10 and 20 years. People can quibble as to whether his solutions would have worked, but certainly the approaches he guaranteed would not work have been tried, and have not worked. It is eye-opening.

I have David Halberstam’s book on the Korean War on my horizon, and I plan on finishing Thomas Sowell’s Basic Economics, which is a fantastic tome. Also John Dickerson’s new Whistlestop about presidential campaigns and Stanley Fish’s Winning Arguments – always helpful in my line of work. 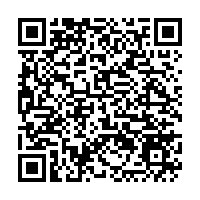