The year was 2014 when Rabbi Levi Welton decided to take the first steps toward fulfilling what had actually been a lifelong dream: serving in the military.

Born and bred in Berkeley, California in a patriotic home, Rabbi Welton is one of those rare Orthodox Jewish Americans whose roots in the United States stretch back a full nine generations. He was raised knowing his family’s proud history of service, which included a grandfather who had flown for the Air Force during World War II, a great-uncle who was lost at sea while serving in the Navy and even a distant relative who had died for Abraham Lincoln in Gettysburg. So, while serving in the military certainly isn’t typical for a frum Jew, it seemed perfectly natural to Rabbi Welton.


Currently in his 30s, Rabbi Welton has served Jewish communities in San Francisco, Sydney, Montreal, West Hampton Beach and Yonkers. A former member of the Rabbinical Council of America, Rabbi Welton proudly wears a beard and, as he calls it, his “rosh yeshiva-sized yarmulke.” He credits the Air Force for honoring his requests for religious accommodation.

“The Air Force is passionate about accommodating diversity within its ranks, especially religious diversity,” Rabbi Welton told The Jewish Press. “As a chaplain, it is my job to stand up for an airman’s freedom to follow the faith, or no faith, of their choosing. For myself, I had to share why wearing a beard was important to me, especially because there are other rabbis who are clean-shaven.”

Rabbi Welton worked closely with people both on and off base to guarantee his religious accommodation requests. He refers to those individuals as his “personal guardian angels.” Because both his beard and his yarmulka are not the norm, Rabbi Welton belives wearing them comes with an added sense of responsibility.

“It is a big opportunity to make a kiddush Hashem since I often interact with people who have never met an Orthodox Jew before,” said Rabbi Welton. “I feel like I stand out more than my fellow frum chaplains because when they wear a hat you might never know that they were Jewish. With the beard, it’s pretty obvious.”

Over time, Rabbi Welton discovered that being in the Air Force and being an Orthodox Jew have much in common – both share a focus on strict standards, donning identifiable garb, and serving a greater purpose.

“Anyone who follows halacha already lives their life appreciating that holiness is in the details,” explained Rabbi Welton. “When you wear a yarmulka or a sheitel, you are wearing a uniform of sorts that represents your service to a higher power. That type of pride carries over perfectly into the pride of being a representative of the Air Force.”

Currently, Rabbi Welton holds the rank of captain and serves approximately 30 days each year at Dover Air Force Base in Delaware. As a chaplain, his job is to advise the Air Force on Judaism and advocate for Jewish personnel, particularly their religious needs, but the bulk of his work actually lies elsewhere. Like other military chaplains, he offers confidential counseling to members of all faiths and even atheists, many of whom prefer not to discuss difficult issues with the base’s social workers because they are mandated reporters.

“They know they can come to us and let loose talking about anything and that everything they say goes no farther,” said Rabbi Welton. “We do our best to steer them towards positive mental health, which is the largest part of our job.”

One of Rabbi Welton’s most memorable stories at Dover Air Force Base took place last year on Holocaust Remembrance Day.

“They used to go to Washington, D.C., but I mentioned that there was a survivor in my shul, Chaim Grossman, who had been liberated from Auschwitz by American soldiers,” said Rabbi Welton. “One of the officers told me that she would be happy to drive to New York and back for the observance, telling me it would be an honor to sit in the car with a man like him for all that time.”

An entire contingent from the Lincoln Park Jewish Center drove down to the base on Holocaust Remembrance Day, making the approximately 380-mile round trip for the occasion. The base colonel made a personal appearance to hear Grossman speak.

“He shared the stories of what he went through and all the things he saw and the rise of anti-Semitism,” said Rabbi Welton. “He also expressed his gratitude to the young men and women on the base, telling him that their predecessors had liberated him. Everyone clapped for him and it was so affirming to see that he wasn’t just being honored by his own people but by others as well.”

Ironically two yeshiva students from Lakewood wandered into the Air Force museum during the presentation. Surprised to see young men with yarmulkas on the base, Rabbi Welton went over to them to find out what they were doing there.

“They said they had been driving from Lakewood and wanted to take a break, and when they saw signs for the museum they decided to stop,” said Rabbi Welton. “Ironically, they walked in and saw men with yarmulkas and people talking about Judaism. They went right over to Reb Chaim and asked him for a bracha. What are the odds that two guys from Lakewood would end up on the base on a random day and come in at exactly that time?”

This past Chanukah, Rabbi Welton spent a few days on base, helping to arrange a public menorah lighting for the airmen. So far, he has shied away from requests to put in time over Pesach because of commitments to his shul. And while he may be a military officer, for now Rabbi Welton consults with a higher authority before scheduling his time at Dover Air Base.

“I follow whatever my rebbetzin says,” noted Rabbi Welton, the father of a three-year-old boy. “Whatever works best for her is what I do.” 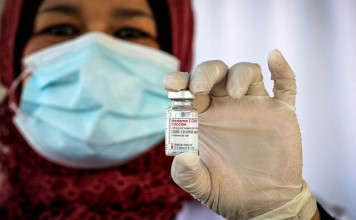 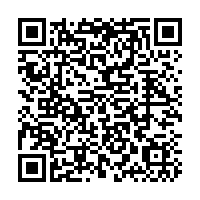