In September I wrote in my Baseball Insider column (which appears the second week of each month in The Jewish Press) of my very positive reaction to an advanced screening of the new documentary “Jews and Baseball: An American Love Story.”


The film debuts Nov. 5 in movie theaters inNew York (at the Quad Cinema in Manhattan, Malverne Cinema in Long Island, and Kew Gardens Cinema in Queens) before opening in cinemas in Los Angeles and Kansas City on November 19 and after that in theaters and film festivals all over the country. (A listing of screenings is available at www.jewsandbaseball.com).

“Jews and Baseball” director Peter Miller – an award-winning documentary filmmaker whose works include “Sacco and Vanzetti,” “A Class Apart,” and “The Internationale” – spoke recently with The Jewish Press about baseball, Jews, and his new film.

The Jewish Press: Why did you choose to make a film about Jews and baseball – what does the subject say to you?

Miller: The relationship between Jews and baseball serves as a wonderful lens for looking at the broader experience of Jews in America. The story of a once marginalized people finding their way into the American mainstream offers lessons for a country that continues to grapple with its ideal as a place where talent should overcome prejudice, where we can retain our differences while still being American, where anyone who can hit or pitch or run can be a part of the magic and drama of our national game.

How comprehensive is the film?

There have been over 160 Jews out of the 17,000 players who have made it to the majors. Our story goes from the first Jewish baseball star, Lipman Emanuel Pike in the 1870s, to the stories of Jewish stars like Hank Greenberg, Al Rosen, Sandy Koufax, as well as the present crop of great Jewish players. In recent years there have been many Jewish All-Stars, including Shawn Green and Kevin Youkilis – and there was more than a minyan of Jewish players in the majors this past year.

Jews have also played an important role as owners, executives, writers, and fans.

How difficult was it to make a documentary like this?

We found that many Jewish ballplayers were eager to help bring this story to life. Our first interview was with the amazingly articulate slugger Al Rosen, who was a big star in the 1950s. We were able to film an interview with the legendary Hall of Fame pitcher Sandy Koufax, who rarely gives interviews but felt that is was important to participate in this film.

We had the honor of filming with players’ union legend Marvin Miller, Baseball Commissioner Bud Selig, and team owners Fred Wilpon of the Mets and Charles Bronfman of the Expos. And we interviewed writers Roger Kahn (The Boys of Summer), Peter Levine and the late Maury Allen, as well as Jewish baseball card-maker Martin Abramowitz and passionate fans including the film director Ron Howard – a huge Sandy Koufax fan – and the talk show host Larry King.

Where did you grow up and did you have a favorite team?

I grew up near Boston, and have always been a Red Sox fan. The teams of my childhood in the late 1960s and early ’70s always had a way of breaking our hearts, but I think watching their struggles offered valuable life lessons. Of course they also had some terrific players and some great personalities. I especially loved Bill Lee and Luis Tiant, two of the great characters in baseball.

Have you always rooted for Jewish players?

As a kid I connected early on with the Jewish players I was aware of. I remember prizing Mike Epstein’s baseball card back when he was a member of the Washington Senators. And while I was too young to remember Sandy Koufax as a player, his name was definitely spoken in my home late every season in relationship to the high holy days. So while my team was the Red Sox, I began to define my affiliation more broadly: rooting not only for Jewish players but for underdogs of all kinds.

Then in the 1980s I married a New Yorker and moved to Manhattan where I have taken on the Mets as my other favorite team in addition to the Red Sox. It’s been a challenging last few seasons for the Mets, but I am always optimistic. And it’s great to watch their exciting rookie first baseman Ike Davis, who may well be one of the next great Jewish baseball stars.

Dustin Hoffman narrates the film. Were any Jewish play-by-play broadcasters considered for that role?

When our filmmaking team – my producing partner Will Hechter, writer Ira Berkow, editor Amy Linton, and I – first sat down to discuss who would narrate the film, we immediately thought of Dustin Hoffman. We didn’t have a second choice or a fallback position, which was probably foolish since Dustin doesn’t often narrate documentaries and is obviously in great demand. Fortunately, after he screened a cut of the film Dustin committed to record the narration, and his gorgeous voice lends a gravitas and clarity to the film that I think no other actor or announcer could have provided.

Working with him was a treat; he is a brilliant actor and a delight to work with. There have been a great many wonderful Jewish baseball announcers, and I’m certain many would have also been excellent choices to narrate, but Dustin’s voice and humanity are an irreplaceable part of the film. 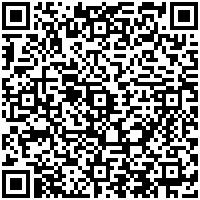