Five years ago, many in the West were hailing the “Arab Spring,” viewing the wave of uprisings in Tunisia, Egypt, Libya, Syria, and elsewhere as the harbinger of a new liberal democratic era for the Middle East. No such era ensued. In Egypt, for example, the toppling of President Hosni Mubarak’s regime led not to a liberal government but to one run by the radical Muslim Brotherhood. And in 2013, Egypt’s military – headed by General Abdel Fattah el-Sisi – overthrew the Muslim Brotherhood and returned the country to autocratic rule.


The Jewish Press: For those who know little about the Muslim Brotherhood, what can you say about it by way of introduction?

Trager: The Muslim Brotherhood is an Islamist organization founded in Egypt in 1928 at a time when Muslim thinkers were pondering why the Islamic world had fallen behind the West. One of the answers a certain group of thinkers gave was that reviving Islam required reviving the Sharia [Islamic law] and that reviving Islam and Islamic practice would ultimately enable the Muslim world to stand alongside and even challenge the West.

So the Muslim Brotherhood seeks to Islamize Egyptian society in order to establish an Islamic state in Egypt and then use that state as a foothold for establishing a global Islamic state.

How does it do that, practically speaking?

By recruiting very dedicated members. Every Muslim Brother goes through a 5-8 year indoctrination process, at the end of which he swears an oath to obey orders from the organization’s leaders. Those members are then distributed in a nationwide command chain in which cells of followers march to the orders of a central leadership known as the Guidance Office.

The important point here is that the Muslim Brotherhood is the only organization of this kind in Egypt. In other words, it is the only organization that up until recently had a nationwide command chain that directed very dedicated foot soldiers on the ground. And that’s why it rose to power so closely after the uprising that toppled Hosni Mubarak.

After 9/11, various analysts in Washington and academia argued that the way to fight jihad was to engage Islamist groups that spoke the same political dialect but renounced violence. So the Muslim Brotherhood was seen as one of these groups because it had renounced violence to some extent in the 1970s.

Many in the West regarded the Arab Spring as a liberal movement seeking democracy. What is your view?

There’s no question that during the early Arab spring protests there was a strong sentiment against autocracy and in favor of political reform. But the most important thing to remember about the Arab Spring is that masses of people came together against something – namely dictatorship – but once the dictator was gone, they were unable to coalesce around any other type of consensus. That’s why a very well organized group such as the Muslim Brotherhood was able to take advantage and win power very quickly.

It’s very difficult. The political situation is very autocratic and repressive and the economic situation is deteriorating. But the difficult experience of the Arab Spring has made many Egyptians wary of calling for another uprising. It’s difficult to say how long that will last, but I think the lesson of the Arab Spring is that uprisings don’t always make things better and can, in fact, make things much worse.

What’s the status of the Muslim Brotherhood today in Egypt and in the Middle East more broadly?

The Muslim Brotherhood in Egypt was crushed since Mohamed Morsi was removed from power on July 3, 2013. Its hierarchy has been decapitated, tens of thousands of its members are in prison, and many thousands more are probably in exile. Perhaps over a thousand have been killed. So while you have many thousands of Muslim Brothers who are still living in Egypt, they are laying low politically.

In Istanbul, some Egyptian Muslim Brotherhood members have congregated and tried to resurrect he organization from abroad and have established four to five satellite media channels that broadcast their message.

Muslim Brotherhood groups are also active in Tunisia, Jordan, Gaza, the Syrian sphere, and beyond. So even though the Brotherhood has been crushed in Egypt, that doesn’t mean it’s the end of the organization.

The Council on American-Islamic Relations (CAIR) presents itself as a moderate group, but some conservatives claim it is something of a Muslim Brotherhood front. What’s your opinion?

What defines the Muslim Brotherhood is a rigid command chain and a membership that has gone through a specific indoctrination process. I don’t believe those two features apply to CAIR. However, it may be the case that individuals affiliated with various Brotherhood organizations are within CAIR. It’s very difficult to say, though, because many Muslim Brothers – in the West as well as in some Middle Eastern countries – don’t identify themselves as such. 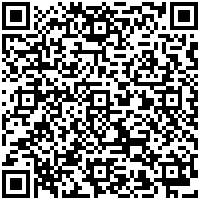