It’s not often that a nice Jewish boy from Queens ends up as legal counsel to the first lady of the United States, but anyone who knows Michael Wildes can tell you the 52-year-old immigration lawyer is anything but typical.

Wildes began serving as a volunteer with the local chevra kadisha at age 14. Since then he’s worked as, among things, a college professor, a federal prosecutor for the Eastern District of New York, a mayor of Englewood, New Jersey, and an auxiliary police officer with the NYPD. And while Wildes’s resume may be long, his list of famous clients is equally impressive.


Growing up in the Forest Hills section of Queens, Wildes attended local yeshivas in his early years before pursuing higher education at Queens College and Yeshiva University’s Benjamin N. Cardozo School of Law. The son of the president of the Queens Jewish Center, Wildes was raised in a culture of giving.

“We had this expanding table for Shabbos and it was always expected that we would come home with strangers who needed a place to eat,” Wildes told The Jewish Press. “My mother trained me when I went to shul to look for the guy without a tallis, because he wasn’t married and he probably needed a place for lunch, and maybe even someone to marry and a job, too. That was the kind of ethic we saw growing up.”

In addition to the legacy of public service he saw in his parents’ home, Wildes was inspired by another family tradition. His father, Leon Wildes, founded Wildes & Weinberg, a well known New York City-based immigration law firm in 1960, thereby laying a storied and sometimes glittering path for his son to follow.

“My father represented John Lennon in the 1970s,” recalled Wildes. “It was a celebrated case and throughout his career, no matter what my father did, I wanted to be by his side, to have the zechus of being right there with him.”

As a second-generation lawyer, Wildes found himself as a student in his father’s class in Cardozo, a place that seems to be inexorably intertwined with the Wildes family.

“I met my wife in my dad’s class in law school and not only do I teach the class now but two of my four kids are in Cardozo,” said Wildes. “Immigration law is just in our blood.”

Currently a managing partner at Wildes & Weinberg, Wildes has a long list of credits to his name. He has testified on Capitol Hill about anti-terrorism legislation, frequently provides commentary on network television, and has been an active member of Hatzolah for 24 years.

But it is his work with the Miss Universe pageant, owned by Donald Trump from 1996 to 2015, that propelled Wildes into the public spotlight in recent months.

“I happen to be an ardent Democrat,” said Wildes, “but through the years we have enjoyed both the Trump family and their business as we handled immigration issues for Trump Model Management and Miss Universe when it was owned by Mr. Trump.”

When questions were raised during the presidential campaign about whether Melania Trump had violated immigration law when she first came to the United States from Slovenia, the Trumps turned to Wildes, despite their political differences.

“They approached me to sit for a press conference with them when challenges arose on the circumstances of Mrs. Trump’s visas and green card,” explained Wildes. “As a Democrat, I was not comfortable with the idea initially and I made it clear to them that I would only take on tasks regarding her history if I could be open about my views as a Democrat. They were okay with that.”

An official letter by Wildes refuted accusations that Melania Trump had worked illegally as a model in the United States and that she had ever been in violation of immigration law. Wildes’s letter was tweeted by the first lady this past September and effectively put the controversy to rest.

Since that time Wildes has had occasion to meet with the Trumps in their home after the election and both Wildes and his wife, Amy, were guests of the Trumps at last week’s presidential inauguration. Wildes described Melania Trump as “lovely” and “very smart.”

“Mrs. Trump is like a modern day Queen Esther,” said Wildes. “She is a an immigrant herself [and] will always have the ear of the president.”

Mrs. Trump will be only the second foreign-born first lady in the history of the United States, noted Wildes, and she will bring a rare sensitivity on immigration issues to the White House.

“Immigration is an essential component of beautiful democracy,” said Wildes “We need immigration laws to protect our homeland and ensure the vitality of our economic corridors but it is important to remember that the challenges we have faced since 9/11 are not that different than those we faced in the 1700s when we were fighting pirates on the high seas, and we will surmount those challenges.”

Based on his personal experiences with the Trumps, Wildes feels confident Israel will have a friend in the White House during the Trump administration and downplayed fears that law-abiding immigrants will be targeted and deported.

“As Jews, we are people of the passport so we need to be super vigilant and thoughtful on immigration issues,” he said. “This is a family and a business that understand the vibrancy that immigrants bring to the business world and have been robust users of the visa program to bring talent to the United States. I have clients who have come to me who are scared that they will be sent out of the country but I am confident Mr. Trump’s priority will be to rid the country of risky and violent criminals.”

Wildes, a father of four and an Englewood resident, said he’d been approached for recommendations by the Trump camp on immigration policy and confirmed that he was offered a formal role in the Trump presidency.

“I’ve been asked and I declined,” said Wildes. “I am happy to give advice when it comes to governing principles and policy but I have a young family and a practice that I am responsible for and I would be [hard pressed] to maintain that in full time public service.”

Despite having cast his vote for Hillary Clinton on November 8, Wildes hopes to be able to offer his insights as both an attorney and an Orthodox Jew if called upon to do so by the Trump administration.

“All of Sefer Bereishis has an immigration theme ensconced in it,” he observed. “As a nation, we are an ohr lagoyim and involved in tikkun olam, so while the jury is still out on this administration and how it will deal with these challenges, I am praying that I can be helpful.” 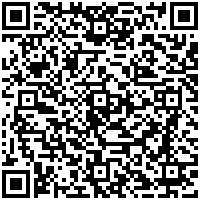