Steven Plaut, a prolific writer whose take-no-prisoners prose style and relish for puncturing left-wing pretensions became very familiar to Jewish Press readers over a nearly 15-year period beginning in 2002, died in Israel last week after a long battle with cancer. He was 65.

A professor at the Graduate School of Business of the University of Haifa, Plaut brought a sharply analytical mind to any subject about which he wrote. In addition to The Jewish Press, Plaut’s articles appeared in the Wall Street Journal, New York Times, Newsday, Jerusalem Post, Haaretz, Maariv, Fortune, Middle East Quarterly, National Review, Commentary, and numerous online outlets.


Plaut was raised in a non-Orthodox Zionist home in Philadelphia (he became increasingly observant after making aliyah in 1981). Bill Cosby’s mother was Plaut’s babysitter and Plaut’s father sold Bill his first suit of clothes.

Plaut was married to Dr. Pnina Ohana Plaut, a granddaughter of Rabbi Nissim Ohana, chief rabbi of Egypt and later of Haifa.

In a 2003 interview with The Jewish Press, Plaut said he’d taken “a fairly low profile in the Israeli media,” writing primarily on economics, until the 1993 Oslo Accords.

“Oslo broke the camel’s back,” he said. “From that moment on, I have devoted myself to doing everything in my power, mainly through op-ed writing and Internet agitating to…rescue Israel from the mega-stupidity of its own leaders.”

Presciently – this was more than two years before the Gaza disengagement –Plaut dismissed then-Prime Minister Ariel Sharon as “tired” and “timid.”

“They say that a people deserves the leaders it gets, but in the case of Israel such an assertion would border on being an anti-Semitic libel,” Plaut told The Jewish Press.

“Israel has produced a long stream of incompetent demagogues and cowardly lemming-like leaders, divorced from reality and pursuing national self-obliteration. Sharon is marginally better than [his recent predecessors]. But this is not the Sharon of 1973 or 1982. It is a tired, timid, and exhausted Sharon, unwilling to take the heat for pursuing a serious Israeli defense. Like his predecessors, he seems to think that Palestinian terrorism must be allowed to continue until the Palestinians feel they have reached catharsis and just get tired of murdering Jews.”

Plaut described Sharon’s reprisal campaigns in the face of the raging terrorism of the Second Intifada as “half-hearted.” He called those reprisals “the ‘Arik Sharon Hokey-Pokey’ [in which] you put your ground troops in, you take your ground troops out, and then you move ’em all about. Then you pull them out again until the next atrocity.”

Asked why Benjamin Netanyahu had been so forcefully repudiated by the Israeli electorate in 1999, after just three years in office, Plaut was quick to respond: “Because he tried be Shimon Peres II. Netanyahu was elected in 1996 for the sole purpose of ending Oslo. Upon his election, however, he turned about 180 degrees and pursued Oslo with all the same delusional vigor as Peres and Rabin before him. True, he scowled when hobnobbing with Arafat, in contrast to Peres’s idiotic grins, but in fact he was simply pursuing Oslo – albeit Oslo Lite. He abandoned Hebron to the terrorists…. He continued the face-to-face meetings with Arafat even as Arafat was mass murdering Jews. He signed the Wye appeasements, making him the ‘Wye’s Man of Chelm.’

“Netanyahu lost to Ehud Barak in 1999 for the same reason that New Coke failed – why have a pale imitation of an Oslo appeaser when you can elect the real thing?”

The question of why Israeli leaders had been so shortsighted in pursuing the Oslo peace process elicited a characteristically blunt answer from Plaut:

“A facetious answer would be that Rabin and Peres had an ingenious master plan. You see, they figured out that much of anti-Semitism is based on the common stereotype of Jews being smarter than other people, and they figured that they could end anti-Semitism once and for all by proving how false this stereotype is.”

As to how he found the time to write so prolifically, he was only half-joking when he replied, “I wake up each morning and force myself to read Haaretz, the Israeli far left newspaper. Then I face a choice. I can either walk around all day enraged and curse people and scream at my kids and provoke my wife, or I can release it all in an op-ed piece or commentary and then smile at the world and pet the cat and sniff the flowers. In other words, it is a form of psychotherapy for me and keeps me out of a straightjacket.”

Israeli Child Hospitalized with Brain Infection Due to Measles

Netanyahu Bids Farewell to a Friend of Israel, Charles Krauthammer 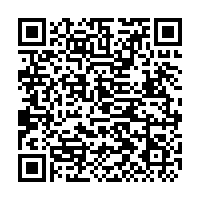