The novel coronavirus is back in Israel. Experts say it never went away.

At the beginning of the week, Israel’s Health Department reported that Israel now has 13,000 active coronavirus patients, 90 of whom are in serious condition and 35 of whom are on ventilators. Of the active cases, 1,300 are students and teachers. The death toll stands at 338. Over 1,800 medical personnel are in isolation.


At the beginning of the week, MK Naftali Bennett held a maverick Facebook press conference at which he outlined his plan for getting the outbreak under control. But an hour after he told Israelis they could relax at beaches and national parks, a Health Department spokesman warned that the government may close beaches and parks in a matter of days.

A team of experts from Ben Gurion University warned on Kan Television that without new restrictions, Israel will see tens of thousands of new cases within a few weeks. They predicted 1,000 patients in serious condition and 500 dead in August if the outbreak isn’t brought under control.

A few weeks ago, the government re-opened synagogues, schools, workplaces, and restaurants in response to public pressure to revive the economy and get tens of thousands of unemployed Israelis back to work.

The government is now restricting weddings to 50 people, synagogue attendance to 19, and restaurants to 20. Bars, health clubs, and cultural halls are all closed, and masks are obligatory in all public places and thoroughfares. Heavy fines are in place for people who violate the Health Department rulings.

Meanwhile, 11 people died from Covid-19 among the Arab population of Hevron last week. Noam Arnon, spokesman for the Jewish settlement of Hevron, told The Jewish Press that Hevron is ruled by large family clans with 30,000 to 40,000 members. He said:

“Ten thousand people can attend one of their weddings, and no one pays attention to masks and social distancing. The next morning, a large number of them go off to our towns and cities to work. Remember, they are our next-door neighbors. If the epidemic spreads, the Jews of Hevron could find themselves in danger.”

To better understand why the novel coronavirus is now spreading throughout Israel after being nearly eradicated in the country, The Jewish Press spoke to Professor Arnon Afek, associate director general of the Sheba Medical Center and the Sheba General Hospital’s acting director. A former director general of the Israel Ministry of Health, he has served since 2011 as the dean of the NY State/American MD Program of the Sackler School of Medicine at Tel Aviv University.

The Jewish Press: Why are there so many opinions regarding Covid-19 – even among experts?

One reason is that we are still learning about it. Right now, nothing is certain. The situation is in many ways unpredictable. For instance, it now appears that the virus is not like the flu we experience each winter that die out with the coming of warm weather. In a sense, we are working in a situation of trial and error.

In addition, many of the so-called experts you hear about in the media are not actively working in the field and have limited experience with infectious diseases. In my opinion, the people we need to rely on are the doctors in the emergency corona hospital wards and the hospital directors who receive on-hand information; we also need to look the essential data supplied by the Health Department.

Why was Israel so successful at containing the virus?

Because we reacted immediately by imposing quarantines, closing the airport to foreigners, and making returning Israelis isolate themselves for 14 days. Schools were closed and large gatherings were limited or outlawed altogether. People were forced to stay at home.

All in all, the situation was handled very well, and the population – once it understood the reason for all the precaution – complied like good soldiers, as per the ample training most of us received during our stints in the Israeli army.

So what went wrong a few weeks ago?

The economy was reopened and restrictions were lifted too quickly without proper guidance and supervision and without explaining to the public the vital importance of observing the precautions still in place like wearing masks, hand-washing, social distancing, and avoiding crowded places.

A main reason for this was that all through the initial wave, the public was bombarded with catastrophic scenarios in which tens of thousands would die. When these prophecies of doom didn’t come to pass, people lost faith in the warnings of the government. It’s like the story of the boy who cried wolf.

When, the quarantine was lifted, people weren’t willing to restrict their freedom. I call it the “Festival at the End of Corona.” I suppose it is a natural human tendency, perhaps exaggerated in Israel because of our natures, but it was totally premature.

The government failed to oversee the transition from quarantine to freedom. There were still some restrictions and health regulations, but no one was around to enforce them. The police looked the other way. That was a huge mistake.

The government had the responsibility to prevent infractions. It should have ordered the police to crack down on transgressors. That would have forced the public to listen, and they would have gladly obeyed because they would have done everything to keep their jobs and businesses going.

Why didn’t the Health Department warn the public that the virus hadn’t gone away?

It did warn the public. People knew of the danger, but didn’t want to face it. They were so terrified and constricted during the quarantine that when the restrictions were removed, they didn’t want to listen to more words of warning.

People reverted to their old behavior, doing whatever they pleased. When that occurred, the authorities should have immediately responded by imposing fines.

The strategy of fear backfired. When the virus seemed to have abandoned our borders, people felt they had been bluffed. They stopped listening. All along the way, the government should have explained things again and again rather than use fear to keep people at home. 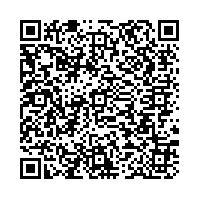