This past summer, Israel made headlines for something other than the peace process or fighting terrorism when hundreds of thousands of its citizens took to the streets to protest social inequality and rising living costs. The man perhaps most responsible for responding to the populace’s frustration on behalf of Israel’s government was Eyal Gabbai, director-general of Benjamin Netanyahu’s Prime Minister’s Office (PMO).

Gabbai first met Netanyahu 15 years ago, serving his administration in the late 1990s in several capacities, including head of the economic division of the PMO. He became director-general of the PMO in 2009, but resigned this past September citing exhaustion.


“I think it is the most demanding job in the world after the job of the prime minister,” Gabbai told The Jewish Press. “You have to have about 20 different balls in the air at the same time, trying to play all of them, and making sure none of them fall.” He described his job as the Israeli version of the U.S. president’s chief of staff, except that it encompasses mostly domestic, not foreign, affairs.

Gabbai spoke to The Jewish Press earlier this month while on a speaking tour in the U.S.

The Jewish Press: What happened in Israel this past summer? Why were Israelis so enraged?

Gabbai: Israel is doing great in macroeconomic policy – growth, unemployment rates, public debt, and so on. But on a personal level, people felt the government was supplying fewer and fewer services, that their wages were not going up as they should, and that the cost of living was higher than they could afford.

Some protesters accused you of being insensitive to their needs. How do you respond?

I think you need to distinguish between certain individuals and the overall protest. The overall protest raised valid grievances that need to be addressed. But the idea –expressed by some protesters – that the government needs to take care of their lives while they lie back [and enjoy] is, I think, unacceptable. They shouldn’t look to the government for a solution to every problem they have.

It’s up to the government to make sure macroeconomic policy ultimately addresses many of these individuals’ problems. But a policy maker cannot be moved by individual cases. He has to do what’s good for the overall Israeli economy.

How, then, is Israel’s government addressing the protesters’ complaints?

One of the main issues that brought on the protests was the cost of housing, which in the last three years rose by 50 percent. The average Israeli citizen needs 150 salaries in order to buy an average apartment. That’s outrageous.

The cause of this rising cost is the inequality between supply and demand. In Israel we build between 30-40,000 new apartments each year, but we have 50,000 new households annually. So over the last decade we have accumulated a shortage of 100,000 apartments. This is the main cause for the rise in prices.

Some people pressured the government to provide subsidies for housing, but I think they lack very basic economic principles. If there is more demand than supply, providing subsidies will not lower prices but increase them. It will not help the individual; it will provide more money to the supplying side.

Netanyahu’s policy was to expand the supply, which is why he initiated reform both in the [government-run] Israel Land Authority (ILA) and in the procedures to attain permits to build. In the Social Economic Change Committee, which I headed, we suggested several different steps for the government to address this market. I’m happy to say that the government supported almost all of them.

What reforms were made to the ILA?

In Israel, 93 percent of the land is controlled and owned by the ILA. In the past, when someone in Israel bought an apartment, he actually did not buy the land; he just leased it from the ILA. Each time he wanted to sell or change something, he needed to get approval and go through a huge amount of bureaucracy.

Henceforth, land will be sold and privately owned by the individual. This is a huge reform. The ILA will now focus mainly on selling – not managing – land. Once it does that, we will be able to build over that land and make sure we fill the gap between demand and supply.

Some members of the political right, like Manhigut Yehudit leader Moshe Feiglin, have argued that a very simple way of filling the gap between demand and supply is by allowing free construction in the West Bank.

That’s true. If thousands of apartments were being built in the West Bank, it would help. But first, that solution does not work for all of Israel’s citizens because some of them are not willing to move there. And second, building in remote places that will probably be evacuated in deals to come does not serve the government’s purpose because at the end of the day it will have to rebuild new homes for the people who move there. So I don’t think that is a long-term solution. 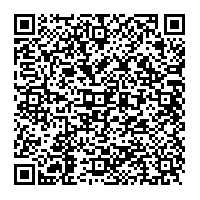