Although elections are scheduled for October 2013, most of the parties’ leaders are already set. The leaders of Likud, Labor, Yisrael Beitenu (pending Liberman’s legal fate), Shas, Meretz, Independence, and Lapid’s new party are known, leading to speculation that most parties are anticipating early elections. The last of the current round of primaries is Kadima’s leadership next month. Dahaf asked 500 people based on the two main Kadima options who they would vote for and the results were not so disparate. Livni’s 13 seats give her a three-seat advantage over Mofaz. The difference between Livni and Mofaz from the nationalist camp point of view is 60 seats vs 61 seats. Yair Lapid’s new party consistently takes away support from a slumping Kadima and does not take away significant support from the nationalist camp. Meanwhile more bad news for Jewish Home who finishes another poll flirting with the threshold.

If elections were held today who would you vote for? 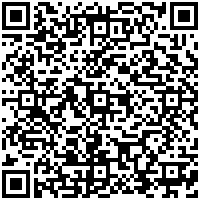