The Knesset will meet this Wednesday at 11 AM to discuss the two bills that would legalize the outpost of Migron.

Following the Supreme Court’s decision to order Migron evacuated in a matter of months, the nationalist MKs promised to fight back with legislation. The two bills that were shelved back in January will be discussed following Likud MK Danny Danon’s success in attaining 25 MKs’ signatures to call a special session during the Knesset’s 39-day spring recess.


Most of the Netanyahu government’s 66 coalition members refused to sign Danon’s request, including all of Yisrael Beitenu and Independence, which led to Danon enlisting opposition National Union and Kadima MKs to meet the 25 MK minimum needed to call a special session during a recess.

Speaker Rivlin authorized the request for a Migron Knesset session last week and chose April 18th as the meeting date. 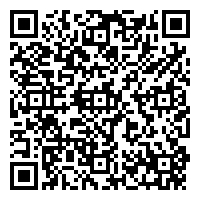